The Somali diaspora community in London started forging a fundraising drive aimed at saving a Somali hospital in the central Somali town of Bulo-Burte town which is at risk of closure due to lack of medical supplies and staff wages.

The hospital which serves thousands of residents in the sleepy town in Hiran region is in need of immediate assistance as militants continue to cut off supply routes, preventing the hospital from receiving a critical medical aid.

The fundraising event hosted by the International Human Development Organization, a UK-based organization that works on improving the lives of the vulnerable people around the world brought together hundreds of Somalis and foreigners who rallied behind the cause: Save Bulobarde hospital.

Somalia’s health minister Hawa Hassan Mohamed has also called for the aid agencies to help saving the hospital in a video message screened at the fundraising meeting.

Speaking at the event, Paul Marino, a Somali-speaking American aid worker who worked at the hospital before the country’s civil war in 1990s described the hospital as ‘critical’ for Somalis in central Somalia, calling the attendants and aid organizations to come to its rescue to save it.

The development comes as aid organizations warned of malnourishments and lack of proper health system in the horn of Africa nation which is recovering from decades of war which continues to risk the lives of thousands across the country.

One out of five children dies before seeing their fifth birthday; 215 000 children under-five are in urgent need of health care due to increased vulnerability to health complications related to malnutrition. Furthermore, one out of twelve women dies due to pregnancy related causes, according to the World Health Organization.

The lack of adequate pre-natal and maternal care, coupled with a high fertility rate put women at elevated and recurrent risk. Obstetric haemorrhage and hypertension during pregnancy are the leading direct causes of maternal death, WHO said. 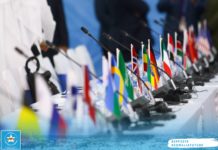