European Union Ambassador to Somalia Hosts Somali Prime Minister On Board EU NAVFOR Flagship off Coast of Mogadishu to Discuss Development in Somalia and EU’s Continuing Efforts to Help Keep Seafarers Safe from Piracy
May 9, 2017 – 08:38,

The visitors were welcomed on board ESPS Galicia by EU NAVFOR’s Force Commander, Rear Admiral Rafael Fernandez-Pintado Munoz-Rojas and ESPS Galicia’s Commanding Officer, Captain Manuel Aguirre Aldereguía.
The visit to the EU NAVFOR flagship, which came the day before the European Union celebrates EU Day, provided Ambassador Lorenzo with the opportunity to discuss with the Somali Prime Minister the European Union’s efforts to help the Somali Government to develop security and alternative livelihoods for local Somali communities.

The visit was also an opportunity to update the Somali delegation on the recent piracy attacks and to highlight EU NAVFOR’s counter-piracy efforts and its protection of World Food Programme vessels that carry food aid to the people of Somalia. EU NAVFOR’s contribution to the monitoring of fishing activity off the coast and support to other EU missions to strengthen maritime security and capacities in the Horn of Africa region were also highlighted.

Ms Maria-Christina Stepanescu briefed the Prime Minister on the efforts of EUCAP Somalia to support the development of maritime capabilities and commented “our mission works on a daily basis to assist Somalia in developing its maritime capacity building. We are committed to supporting the shaping of an effective Somali Coast Guard.”

In order to align its various programmes, the EU applies a multi-agency or ‘comprehensive approach’ to its support to Somalia, based on active diplomacy and support to the political process, security sector reform, development assistance and humanitarian aid. The collective aim is to tackle both the symptoms and root causes of piracy.

Last year the EU extended the mandates of Operation Atalanta and EUCAP Somalia to the end of December 2018 in order to continue the deployment of EU NAVFOR warships in the Horn of Africa, as well as joint training and mentoring activities. This collective EU effort will serve to help deter pirate activities, protect vulnerable vessels, safeguard WFP ships delivering humanitarian aid to Somalia and develop Somalia’s federal and regional civilian maritime law enforcement authorities.

Speaking during the visit, Ambassador Lorenzo said “I am delighted to welcome the Prime Minister in a week where members of the EU family will also come together in Mogadishu to celebrate our strong relations and partnership with the Somali Government. I see the visit as a sign of the strong cooperation and bright future between the EU and Somalia. Today’s engagement in particular has helped both parties to better understand the recent piracy incidents off the coast. The EU will continue to work with Somali authorities to help develop a well-regulated maritime sector and to support the development of law enforcement capabilities.”

On completion of the meeting, the EU NAVFOR Force Commander said “It has been our privilege to welcome the Somali Prime Minister today and to introduce him to members of my force. The men and women of Operation Atalanta work tirelessly on a daily basis to strengthen maritime security off the coast of Somalia and to deter pirates from attacking Somali fishermen and other seafarers.”

Rear Admiral Fernandez-Pintado Munoz-Rojas also went on to affirm Operation Atalanta’s role in monitoring fishing activities during their counter-piracy patrols. “Information gathered on vessels actively engaged in fishing in Somali waters is passed by EU NAVFOR to the EU’s Directorate-General for Maritime Affairs and Fisheries of the European Commission (DG MARE) for further investigation and, if deemed appropriate, potential prosecution.”
During the visit a German Maritime Patrol Aircraft, that is currently stationed in Djibouti, conducted a “fly past” over the flagship, before it returned to its counter-piracy aerial patrols.

ESPS Galicia was stationed off the coast of Mogadishu throughout the day and afterwards she resumed her counter-piracy patrols in the Somali Basin as part of her role to detect and deter piracy in the Indian Ocean and Gulf of Aden. This is the fourth time that ESPS Galicia

has deployed off the coast of Somalia with Operation Atalanta, with her deployment being part of Spain’s permanent commitment to EU NAVFOR since December 2008. As well as contributing ships, maritime patrol aircraft and personnel to EU NAVFOR, Spain also has units with the other EU sister missions in the region, such as EUTM and EUCAP Somalia. 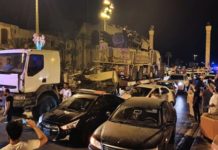 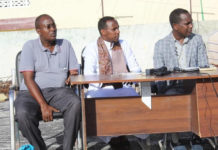 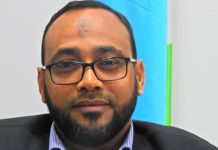