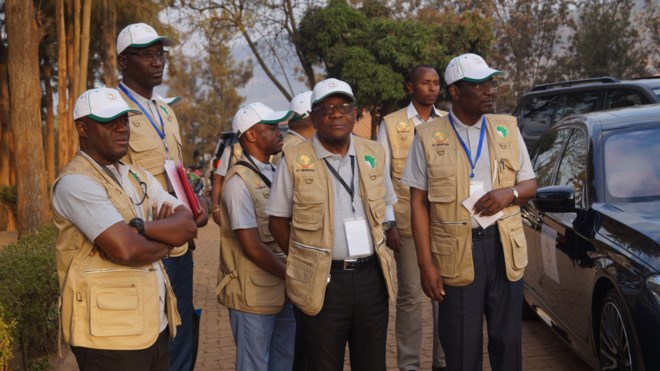 ADDIS ABABA, Feb. 20 (Xinhua) — The African Union (AU) has deployed its election observers in Djibouti, for the legislative elections scheduled to take place on Friday in the Horn of African nation.

The Chairperson of the AU Commission, Moussa Faki Mahamat, has deployed the AU election observation mission (AUEOM) led by Anicet-Georges Dologuele, former Prime Minister of the Central African Republic (CAR), according to a statement from the pan-African bloc on Monday.

The mission is composed of 38 members, including, ambassadors accredited to the AU in Addis Ababa, pan-African parliamentarians, heads of institutions in charge of elections and members of organizations of the African civil society.

The main purpose of the mission is to make an honest, independent and impartial observation and assessment of the organization and conduct of these elections.

The mission will meet with the political, administrative and judicial authorities of the country, the institutions in charge of elections, the national actors involved in the electoral process and the representatives of the international community in order to be aware of the arrangements made to ensure a free and credible elections in the country.

The AU mission will deploy its observers to all the regions and districts of the country.

The mission will present its preliminary report at a press conference on Feb. 26, highlighting its observations and recommendations to the political authorities and other stakeholders, according to the statement.