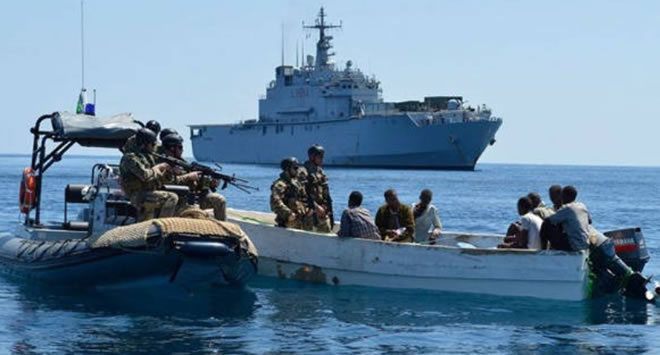 Suspected Somali pirates attacked a Singaporean-flagged chemical tanker on Friday but were repelled by guards on board, the European Union’s Naval force said, the first such incident in several months.

EU Navfor said in a statement the 50,000 metric tonne MT Leopard Sun was sailing from Sohar in Oman to Cape Town, South Africa, when it was attacked by two skiffs 160 nautical miles (295 km) off the coast of Somalia.

“The skiffs approached from the stern and fired upon her, after which the on-board Private Armed Security Team returned fire with warning shots,” EU Navfor said.

The incident lasted around 20 minutes, and the vessel and crew were safe.

The attack, likely to be piracy related, was the first of its kind in the area since November 2017, EU Navfor said.

Pirate attacks off the Somali coast surged in that year following years of relative calm. The peak year was 2011, when pirates launched 237 attacks and held hundreds of hostages, data from the International Maritime Bureau shows.

Several foreign navies, including from the European Union and China, operate regularly in the area as part of anti-piracy missions. (Reporting by George Obulutsa; Editing by Alison Williams and John Stonestreet)