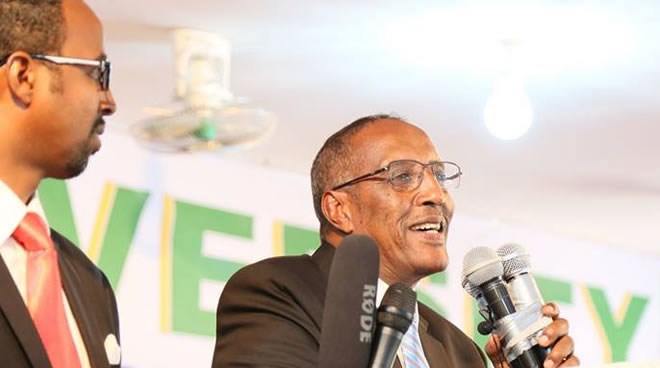 2018 opens a new cycle in Somaliland’s foreign policy. The result of the 2017 presidential election showed that hardliners won the election. By hardliners, it means that a senior leader from the military wing of SNM won the election by a majority of 55%.

Many analysts agree that the election result implies that there will be changes in the foreign policy, although the foreign minister retained his position, changes in the presidency demonstrates a new desire to shift the policy, while the foreign ministry executes the policies that are initiated by the president. However, analysts are looking to the extent it will be shifted and its effect on the dialogue between Somaliland and Somalia. Despite the fact that the dialogue was a proposal from the ruling party, Bihi seems to oppose the policy of opening a dialogue with Somalia as his stated positions were during the election campaign. His main argument was that until Somalia recognizes the ‘independence’ of Somaliland, Somaliland is not ready to negotiate with Somalia. Dialogue with Somalia was not an option before the Bihi’s predecessor Silanyo came to office in 2010.

The fundamental test that Bihi would face is setting up a policy towards Somalia that includes the official dialogue, while in fact there was an absence of approach to negotiating with Somalia since the talk commenced, due to various reasons. In fact, a dialogue with Somalia was not on the table when Somaliland participated in an international conference hosted by the United Kingdom back in 2012, but it suddenly appeared in the communiqué. Four months after the conference, representatives from both sides met in London to establish ‘a framework for future talks,’ without a prepared strategy. This first round of talks was facilitated by the United Kingdom, in the presence of representatives from the European Union and Norway.

After seven official meetings between representatives from the two countries, the dialogue failed and Somaliland suspended any formal talks with Somalia. New reports suggested that several European countries are interested in playing a mediatory role in the talks. Somaliland welcomes this new initiative and Foreign Minister Shire made public that Switzerland will host official talks between the two countries, as Turkey, which facilitated four out of the seven official meetings, had huge political, economic, security and strategic interests in Somalia, and Somaliland accused Turkey of lacking neutrality among the two sides. Ankara’s involvement in the dialogue played a role in the failure of a productive dialogue.

During a phone call between Bihi and Farmajo with the initiative of the Center of Humanitarian Dialogue, the two presidents agreed to restart the talks between Hargeisa and Mogadishu for a meeting between the two leaders at the earliest opportunity and new reports suggest that Djibouti is hosting the first official meeting between the two presidents in early March. Foreign ministers of both countries had a sideline meeting during the African Union summit in Addis Ababa, Ethiopia to discuss the prospects of a meeting between the two presidents. While the foreign ministers were meeting, Somalia was on the other hand campaigning for Abdisalam Hadliye from Somaliland to become the new Secretary General of IGAD, the Horn of Africa regional bloc. Although this effort ended unsuccessfully, it can undermine the trust needed for both sides before the negotiation officially starts.

Although President Bihi has not publicly announced his plan for the negotiation, he met with the opposition parties leaders last week in an attempt to discuss the upcoming meetings. Statements from the presidency and from the opposition party leaders reiterated that they discussed how to prepare the negotiations, but they do not offer a clear plan for the dialogue. President Bihi needs to clearly study the significant issues that caused the negotiation to collapse in 2015, while the two governments have not reached an agreement. He also has to recognize to negotiate from a position of strength, due to the facts on the ground in Somalia.

One of the important things to mention was that Somaliland has not had a clear strategy to come to the negotiation table. Two things that are supporting this argument are that the government has not clearly decided to create a framework for the dialogue, and its members who participate in the meetings usually change from one meeting to another. Although the foreign minister was assigned to lead the negotiation team, others from various agencies that are not in charge of foreign affairs usually attend the meetings, while the agenda on the table usually does not relate to their responsibilities. Members from the parliament and opposition parties also attend the meetings, which can be a challenge to the checks and balances of the system. Another thing to mention is that there were new faces in every meeting, and maybe these members are not briefed before coming to the negotiation table. Evidence of this is that in every meeting, both sides have a talk about new issues, while not focusing on implementing those that have been agreed in the previous meeting.

In order to have a successful dialogue with Somalia, President Bihi needs to appoint a special envoy who leads the negotiation who works independently and reports back to the president. A timeline is another important thing that President Bihi has to make. Facilitators from the international community should be countries who do not have a significant interest in the two countries which can help to build trust, which is essential for the dialogue. Another thing to have in mind is Djibouti’s involvement as a mediatory role, which was raised by Foreign Minister Shire this week. Analysts and some politicians have a suspicion that Djibouti is biased in favor of Somalia when it comes to the future of the Horn of Africa, especially in the Somali Peninsula, due to its economic and security interests.