The use of forensic DNA evidence helped to catch rapists in Somalia/Header Image Credit: Forensics

Most African countries have few to none forensic bureaus or institutions. Forensic science plays a vital role in the criminal justice system by providing scientifically-based information through the analysis of evidence.

Ilyas was abducted on February 24 at a market in nothern Galkayo. Her body was found the next morning near her home. A post-mortem found that she had been gang-raped then strangled to death. The incident sparked mass demonstrations held across Puntland and the hashtag #JusticeforAisha was created. On Sunday, May 12, the men responsible for her rape and death were finally convicted thanks to forensic science.

The Bureau of Forensic Science of Garowe, Puntland, Somalia, was officially inaugurated on Spetember 6, 2017, in Garowe, Puntland, Somalia. It is the first of its kind in Somalia. Funding for the bureau was by the Swedish government and was facilitated by the United Nations Population Fund. The bureau has three sections: forensic biology, forensic chemistry, and physical and trace evidence. According to the press release, crimes related to gender-based violence were of a priority since the inception of the bureau due to “habitual rapists” who were “let loose to prey in Puntland and other places in Somalia simply because there was no scientific proof linking these criminals to the horrific crimes they had committed”.

Forensic DNA evidence worked by matching the DNA found at the crime scene with the DNA of the suspects. If a positive match is found, the suspect is thus linked to the crime scene and hence the crime. DNA evidence can be collected from semen, blood, skin cells, saliva, and hair with attached follicular tag, amongst others. The three men found guilty were sentenced to death. 7 others, mostly youths, were acquitted.

The bureau is the sole operating forensic entity in Somalia. This reflects a similar situation in the African continent in general. Most African countries have few to none forensic bureaus or institutions. Forensic science plays a vital role in the criminal justice system by providing scientifically-based information through the analysis of evidence. 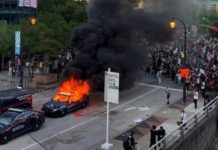 Protesters Take to US Streets for a Sixth Night 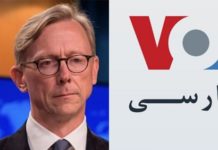