Despite being behind bars, Ahmed Adan Abdi, 30, feels he has been liberated by the chance to learn to read and write.

He is one year into a three-year jail sentence in Kismayo prison for stealing $490 from a local business centre.

“It is a life transforming process!” Ahmed told Radio Ergo, “I am now able to add and subtract numbers.” he said.

Ahmed has been taught literacy by a group of lecturers from Jubba University, who launched an education and skills programme for prisoners in May. They are teaching Somali, mathematics, Arabic, and English.

Ahmed, who used to sell khat in Kismayo, believes his ignorance landed him in jail.

“I want to open a business in the future but when a person is ignorant, he can’t manage a business.  So if I learn skills, I will overcome many challenges that were previously an obstacle,” said Ahmed.

Abdinasir Abdi Khalif, one of the lecturers, said only three of the 38 prisoners in the programme could read and write already.

“It is all about giving people a second chance. Instead of staying in the cell and going back to society with nothing, this programme will help the prisoners to turn a new page in life by equipping them with knowledge and skills so they can fend for themselves once they are out,” Khalif told Radio Ergo.

Local NGO, Rabi Foundation, provides books, pens, blackboards, and chalk, and pays the lecturers’ transport. A vocational training programme is to start next month for those who have acquired basic literacy.

This will include training in electrical work, plumbing, and mobile phone repair.

Abdinasir Omar Mohamed, 40, who is serving six years, already has his future mapped out.

“Literacy is important. We are able to write and read Somali now and I think this golden opportunity needs to be used. I will get skills to pursue my dream to become an electrician and plumber because both are marketable,” he explained.

Mohamed Aqib Hirsi, the prison commissioner, said the initiative will play a very important role in shaping the prisoners’ lives.

“It is like bringing them into the light and it makes us happy to release prisoners after their jail term when they have acquired some skills to feed themselves. It is rare to see a learned person getting involved in crimes,” Hirsi said.

Isa Adan Fartag, secretary of Rabi Foundation, said the agency was committed to supporting the project to enable prisoners to support themselves after their release. 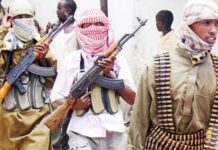 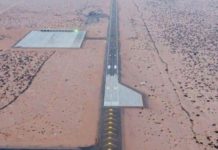 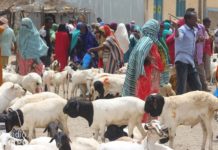 Somalia’s first female mechanic is changing stereotypes one vehicle at a...