(ERGO) – Qureisha Abdi Ali, a mother of seven, is relieved to be living in her own house in the southern Somali town of Baidoa at last, after facing the trauma of being evicted three times in the last three years.

Qureisha and her family are among the 920 displaced families recently given their own small plots of land in Barwaqo, as part of a resettlement programme implemented by the International Organisation for Migration (IOM) in cooperation with the local authorities and South West state.

“We were living on private land but we were forcefully evicted after the owner sold the land. We moved to another piece of land and we were evicted again,” said Qureisha, who recently delivered a baby.

“Thankfully, now I have lived here for the last two months without fearing eviction.”

The families have each been given a 10 x 20 metre plot and a house, with some money for shelter improvement. The Barwaqo scheme includes facilities such as a mobile clinic offering nutrition screening, a school, and 500 family-shared latrines.

Qureisha and her family left Goof-gadudBurey village, 30 km away, after their crops failed several times due to lack of rainfall. They sold their farm and used the money for transport to Baidoa, where they hoped to get support.

She has been earning money washing clothes, but had to stop when she had her baby. Her husband sells firewood hat he collects using a hired donkey-cart.

According to humanitarian agencies,11,900 people were evicted in Baidoawithout proper notice between January and March this year.

Bashir Mohamed Abdi moved from Rabdure village to Baidoaafter drought killed their livestock. His family suffered eviction from two places within just two weeks this year. He described one violent eviction when the lives of his family were endangered following clashes between local militias over a land dispute.

Bashir said the families, drawn from 16 IDP camps in Baidoa, were grateful for the stability provided by the resettlement.

“The benefit is that we have our own land though we do not have title deeds. We were informed the land has been given to us and we were also given $30 for shelter upgrade materials,” he said.

Baidoadistrict commissioner, Abdullahi Ali Waitan, told Radio Ergo that his administration had granted the land for the resettlement of IDPs. Plots and houses were also given to 80 local families from the area, to facilitate integration.

“There should be social interaction and this is part of the interaction between the hosting community and the IDPs. We have given this land to encourage interaction,” he said.

The process for issuing land title deeds is to begin in a year’s time.

Radio Ergo’s local reporter, who visited the Barwaqo site, observed that two police posts and security lights had been installed to beef up security. There are also water points with taps for the inhabitants.

IOM estimates that Baidoa hosts 323,000 displaced people, many of whom live on private land without secure tenure agreements. 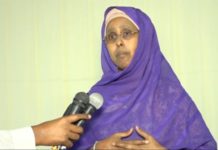 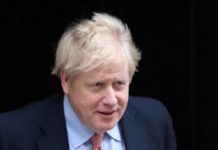