Abu Bakr al-Baghdadi, the leader of the Islamic State last seen alive in a video in April, was targeted in a strike by U.S. Special Operations Forces in Syria on Saturday, according to three U.S. officials.

The ISIS leader is believed to be dead, those officials told ABC News.

One official told ABC News al-Baghdadi is believed to have detonated a suicide vest he was wearing as a U.S. special mission unit carried out a ground raid in Idlib. The building containing al-Baghdadi was leveled by U.S. operators, the official said.

U.S. officials said they’re awaiting final confirmation of his death through fingerprinting or other biometric methods.

The White House declined to comment, saying the president was planning to deliver remarks at 9 a.m. EDT Sunday. No details were provided on what would be included in President Donald Trump’s remarks.

The Pentagon didn’t immediately respond to a request for comment.

The video in which al-Baghdadi appeared earlier this year, only his second, showed him discussing losing the group’s Baghouz stronghold as well as praising deadly attacks in Sri Lanka.

More than 250 people died because of those eight coordinated attacks, which al-Baghdadi claimed were retribution for ISIS being forced from Baghouz. It was the terror group’s deadliest mission.

There had been a $25 million U.S. bounty on the head of al-Baghdadi, who, in his only previous video, recorded in a Mosul mosque in 2014, called himself “Caliph,” or leader of all Muslims.

Rumors had swirled since at least 2014 that al-Baghdadi had been wounded, or possibly even killed, but he’d often quash those himself by releasing audio recordings.

U.S. special forces nearly killed him in August 2017, destroying a compound south of Ragga in which he was believed to have been during a massive bombardment. The following month, he released an audio recording to prove he’d survived. 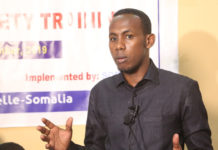 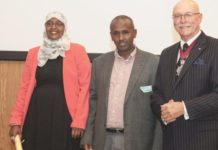 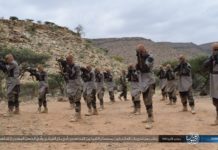