Ismail Abdimaalik Maalin, the 16th Brigade Commander told the media that the forces launched an offensive mid-morning Monday pushing the militants from the area and inflicting casualties.

Toratorow has for years remained one of Al-Shabaab’s strongholds and served as the group’s revenue headquarters.

The group has been reported in the past to demand businessmen from Mogadishu to travel to Toratorow to pay their taxes but the government has warned against such travels.

Meanwhile Al-Shabaab executed four men Sunday publicly in Sablale town in the same region for their affiliation to the government.

Sources said the four, two soldiers and two local administration officials were publicly executed by firing squad where members of the public were compelled to watch.

The capture of Toratorow is a major milestone for Somali forces in their heightened offensives against Al-Shabaab in the Lower Shabelle region which has remained the group’s bedrock. 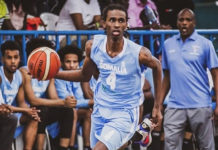 Erdogan says Somalia has invited Turkey to explore for oil in its seas: NTV