Monday June 22, 2020
Nyeri Town MP Ngunjiri Wambugu has said that only the President will have a final word to the Majority Leader in the Parliament ahead of the looming changes.

Wambugu said on Sunday that the Jubilee PG meeting which will be held tomorrow (Monday) at KICC will indicate whether the President has regained confidence in Aden Duale.

“Whether or not Duale will continue as Majority Leader depends on the President; specifically, whether the President has gained confidence in him or not,” Wambugu said.

Garissa Town legislator had survived the past PG that was held at State House which saw some MPs allied to the deputy president losing their positions in Parliament.

Benjamin Washiali lost his Majority Whip together with his deputy Cecily Mbarire.

Wambugu has also said that Duale will be kicked out from his powerful position even if all the Jubilee Coalition MPs want him to stay.

Jubilee party Vice Chairperson David Murathe had warned MPs who might be tempted to miss the meeting.

“Disciplinary actions is crystal clear in the Jubilee Party Act to those who are deviating from fundamental requirements of the party.”

In an interview with Citizen TV on Friday, Murathe hinted Duale might lose his position.

“When members asked about the position of the Majority Leader, the President said ‘Let’s leave that for now… so it was left in abeyance… and I think it will be dealt with during the next meeting,” he said.The President will determine the fate of Duale

In a text message sent to legislators, they were told to be at KICC by 9am for the meeting.

“Tupatane hapa Monday Mheshimiwa (Let’s meet on Monday), I wish to invite you for a Jubilee Coalition, National Assembly Parliamentary Group Meeting at Kenyatta International Conference Center, on Monday 22nd June 2020 at 9am. Please be punctual,” the message read 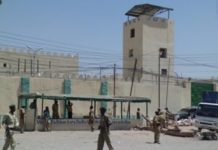 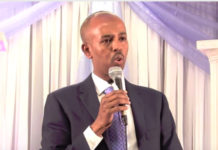 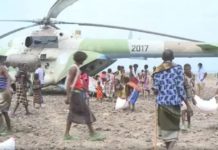