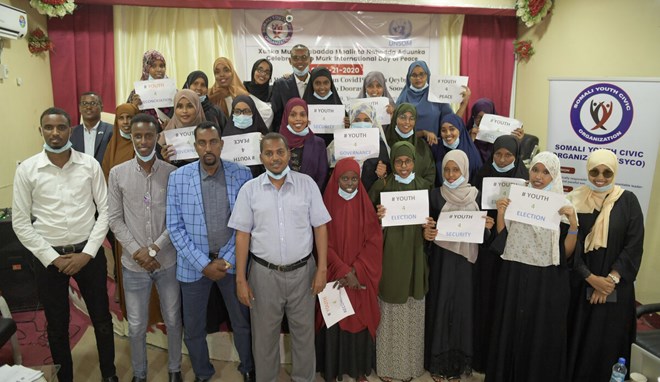 Mogadishu – Somalia’s youth need to be change-makers and actively take part in politics, reconciliation, peace-building, elections and ongoing efforts to help develop their country – this was the main message stemming from a recent panel discussion which brought together more than 30 youth representing different parts of Somali society.

“A country is saved by its youth. It is the youth who lead in all efforts to bring change, hence it is good for the youth to also participate in politics and to be part of the positive change and development in the country,” the Executive Director of the Somali Youth Civic Organization (SYCO), Abdiwasa Idriss Jelle, said at the gathering, held at a venue in Mogadishu this past Monday.

The event was organized by SYCO, a local non-governmental organization which focuses on youth development and leadership, de-radicalization and livelihoods, with the support of the United Nations Assistance Mission in Somalia (UNSOM). Held on the International Day of Peace, celebrated globally on 21 September, the event was aimed at helping empower Somali youth, and underpinned by the belief that youth who are well-informed and engaged are well-placed to help rebuild and transform their country.

The panel discussion brought together youth representatives from many of Somalia’s different clans and different walks of life, including young professionals, university graduates and students. It was also held in the midst of an exacting panorama for Somalia as it engages in preparations for parliamentary and presidential elections, while also dealing with the social and economic consequences of the ‘triple threat’ posed by floods, the highly infectious COVID-19 pandemic, and locust infestation.

The power of youth 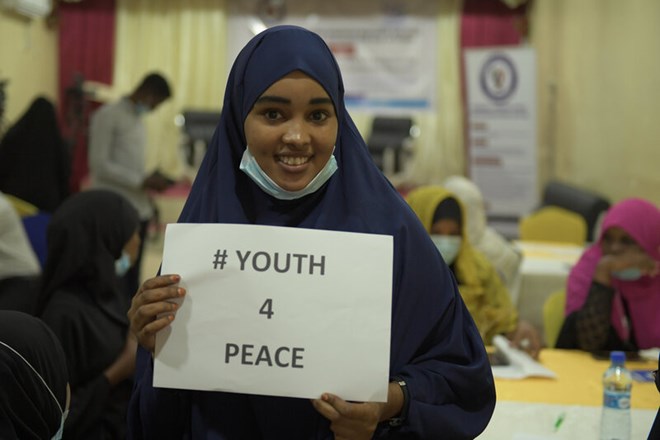 Panellists at the event noted that youth in Somalia form around 70 per cent of the population, and broadly urged them to tap into their numerical strength to mobilize for peace and development – with the role of young women particularly highlighted.

“Since women and youth are history makers in Somalia, and play a role in nation-building, we want them to move forward, because we need them to find solutions to the huge challenges we are facing now as a nation,” an activist representing the Somali National Women’s Organization (SNWO), Bilan Mahamud, said in the discussions.

Looking back to Somalia’s history of women’s involvement in national efforts, Ms. Mahamud encouraged participants to emulate the 13 members of the Somali Youth League, and prominent woman activist Hawo Tako, all of whom played critical roles in the country’s path to independence in the 1950s and 1960s.

“Youth must never back down, but instead they need to come out and develop their country,” she added.

Another panellist, Mohamed Shirie, the director of the multi-sectoral platform Somalia Non-State Actors (SONSA), which brings together non-governmental and community-based organizations, highlighted that the topics under discussion were centred on the unavoidable realities faced by Somali youth.

“Our country is reeling from years of conflict and many challenges, and hence we need to motivate youth to actively take part in politics, the upcoming elections and reconciliation efforts,” said Mr. Shirie. 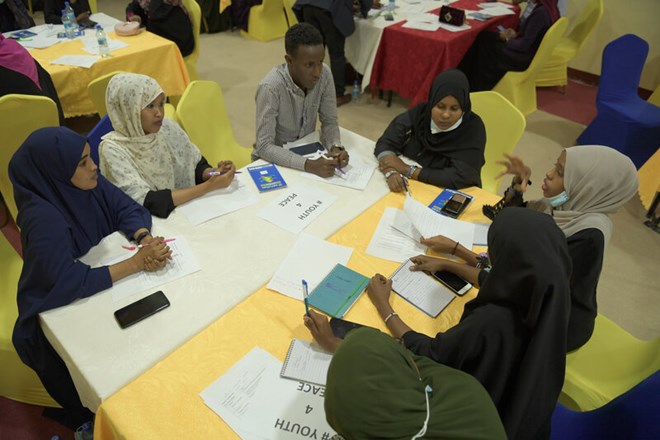 Some attendees said that being able to take part in the discussions helped flesh out their thinking, and motivate them to vie for slots in the upcoming parliamentary elections as well as be more involved in community matters.

Noting the need to have youth avoid becoming radicalized, one participant, Abdiaziz Mahamud Aidid, compared youth to a double-edged sword in that they can be used for both good and bad purposes – and stressed the need for youth to be catalysts of positive change.

“Today, the Somali youth have a huge opportunity to take part in nation-building, to bring political change through the upcoming elections and to take an active role in rebuilding their country,” said Mr. Aidid.

“I have learnt the importance of youth in peacebuilding and I am now motivated to take part in politics and peace-building. I also have realized how valuable I am as a youth to the community,” said another attendee, Fatuma Abdullahi Mahamud.

At a recent Council meeting on youth, peace and security, the UN Under-Secretary-General for Political and Peacebuilding Affairs, Rosemary DiCarlo, emphasized that the involvement of youth in peace initiatives is a must.

“We must build on the fact that the active participation and inclusion of young people in political processes in peace-building is no longer viewed as optional or as an afterthought. It has rightly become one of the cornerstones of the sustaining peace agenda,” said Ms. DiCarlo. 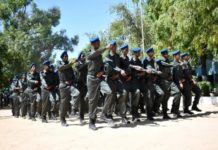 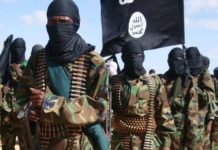 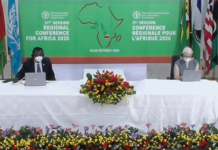 UN to launch second round of polio vaccination drive in Somalia.