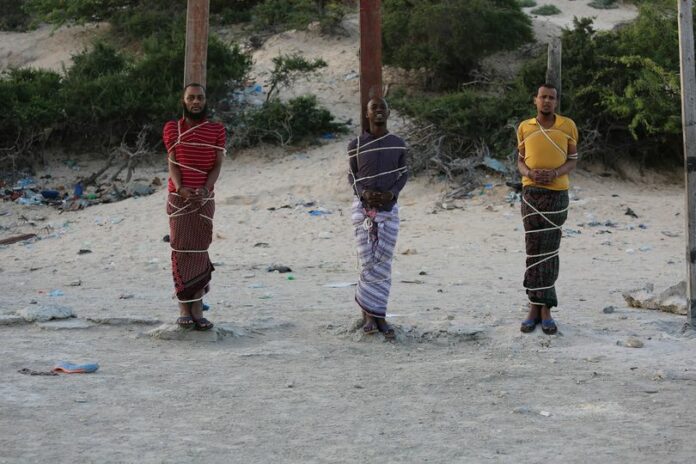 MOGADISHU (HMC) – A former head of Al-Shabaab operations in Mogadishu who was found guilty of killing three senior police officers including his uncle was Sunday executed by the firing squad in the capital.

Mohamed Haji Ahmed aka Ilkaase alongside Salim Said Mohamed and Ahmed Mohamed Hashi Arab faced the firing squad Sunday morning after they were sentenced to death in January.

The court had established that Ilkaase who also worked as a college teacher in Mogadishu killed three generals, a police commander and Somalias’ deputy attorney general Mohamed Abdirahman Mohamud between 2016 and 2019.

Among Ilkaase’s victims were General Ismail Ahmed Osman who was his guardian in Baarawe during his childhood.