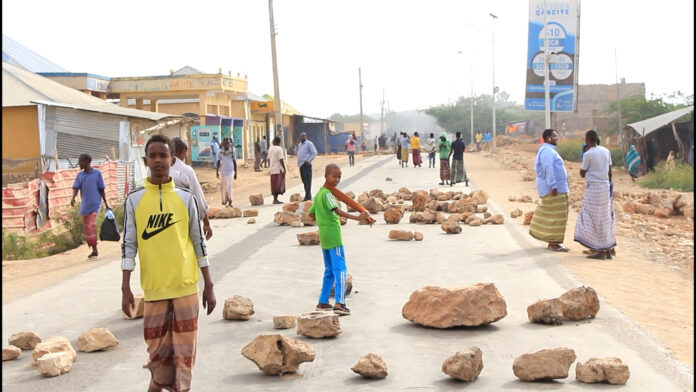 Beledweyne (HMC) – Residents in Beledweyne awoke to gunfire on Friday morning as forces loyal to General Abukar Hud entered the town from their base on the outskirts. The fighting follows days of protest by the town’s residents against the Hirshabelle state.

According to General Hud’s forces, the fighters captured critical points in the city, including Hawa Taako and Koshin neighbourhoods and the airport. The group added that reports that their mobilization was triggered by reports that Hirshabelle President Ali Hussein Guudlawe was attempting to land in the city.

Early reports indicate that two people, including a civilian, have been injured in the fighting so far. A fighter from General Hud’s faction has also been reportedly wounded, although this cannot be independently verified.

The situation is tense at the moment, with movement throughout the city disrupted.