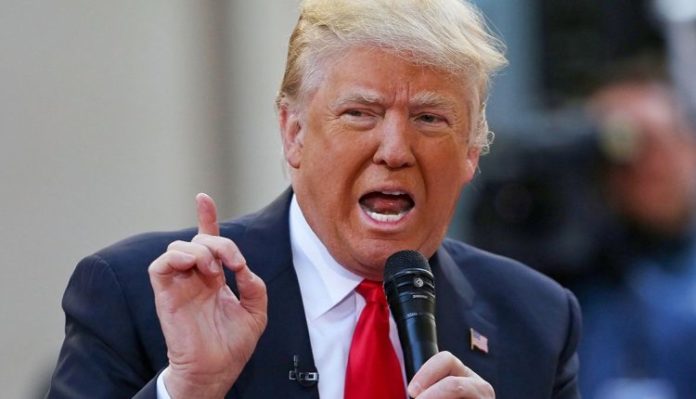 President Donald Trump on Friday said that he will not attend the inauguration of President-elect Joe Biden, who will take charge in less than two weeks.

“To all of those who have asked, I will not be going to the Inauguration on January 20th,” Trump wrote in a tweet, the third message from his account since blocked from Twitter for 12 hours on Wednesday.
Biden’s victory was projected by all major news outlets in mid-November and confirmed by Electoral College votes in mid-December. The Republican president has falsely insisted he won in a “landslide,” asserting his reelection was stolen through massive electoral fraud.

His refusal to accept the election results culminated in a deadly riot on Wednesday, when swarms of his supporters stormed the U.S. Capitol and derailed congressional proceedings to tally electors’ votes and confirm Biden’s win in the Nov. 3 election.

Vice President Mike Pence is expected to attend Biden’s inauguration if he is invited, two people familiar with the matter told NBC News.

Trump’s decision to not attend Biden’s inauguration comes one day after he conceded the presidential election.

In a nearly three-minute video posted on Thursday, Trump, without mentioning Biden by name acknowledged that “a new administration will be inaugurated on January 20th.”

“My focus now turns to ensuring a smooth, orderly and seamless transition of power,” the president said, in his first address to the nation following the riot that left five people dead, including a Capitol police officer.
“Now tempers must be cooled, and calm restored. We must get on with the business of America,” Trump said of the pandemonium that occurred at the U.S. Capitol.

“To those who engaged in the acts of violence and destruction, you do not represent our country. And to those who broke the law, you will pay,” Trump said.

Trump, during a rally outside the White House on Wednesday, had encouraged thousands of supporters to march to the Capitol to protest what historically have been ceremonial proceedings.

As protesters besieged the Capitol, Trump, who had returned to the White House after his speech told supporters in a tweeted video “you have to go home now.” The president stopped short of condemning the violence.