The Somali army says it has killed at least 13 militants of Islamist group Al-Shabaab in central Somalia’s Hiraan region in a fighting backed by the Africa Union (AU) peacekeepers.

“We killed 13 Al-Shabaab fighters and seven soldiers got injured from our side. We are now in full control of the area,” Omar told journalists.

Local Residents said there was an exchange of heavy gun fire and artillery after Al-Shabaab militants ambushed the soldiers.

Al-Shabaab has been fighting against the Somali government and spread their attacks to neighbouring Kenya, causing heavy civilian casualties in the two countries.

The militants have lost many strategic towns in southern and central Somalia after the government and AU launched operations against them. 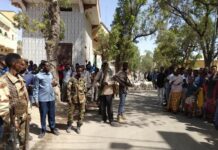 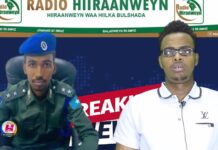