People wait for the ashes of Cuban leader Fidel Castro to be driven through the streets of Jimaguayu, Cuba, on December 2, 2016 during its four-day journey across the island for the burial in Santiago de Cuba. PHOTO | RONALDO SCHEMIDT | AFP

Cuba will respect Fidel Castro’s dying wish that no statues be erected in his honour and no streets be named after him, President Raul Castro said Saturday.

The national assembly will introduce legislation at its next session later this month so that “his wish is fulfilled,” Raul Castro told a massive rally for his brother on the eve of his burial in the eastern city of Santiago de Cuba.

While Castro was an omnipresent figure in the lives of Cubans for decades, the late communist leader always said he did not want any monuments in his honour on the island.

“The leader of the revolution rejected any manifestation of a cult of personality,” Raul Castro said.

“His attitude was consistent until the final hours of his life, insisting that once he died, his name and his image would never be used to denominate institutions, plazas, parks, avenues, streets or other public places.”

Fidel Castro also said there should be no “monuments, busts, statues or other similar forms of tributes in his memory,” according to Raul Castro.

The decision comes amid a cult-like veneration of Castro since he died last week, with state-run television running Fidel tributes around the clock and the communist party newspaper calling him the “eternal comandante.”

Hundreds of thousands of Cubans lined the streets of the island this week, chanting “I am Fidel!” as a convoy took his ashes from Havana to Santiago de Cuba, where the urn will be buried on Sunday near the mausoleum of 19th century independence icon Jose Marti.

Some in the crowds voiced hope that a statue would be erected in Fidel Castro’s memory.

But Fidel Castro once told Franco-Spanish journalist Ignacio Ramonet: “I am hostile to anything that resembles a cult of personality.” 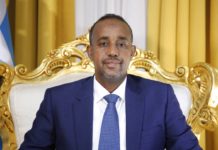