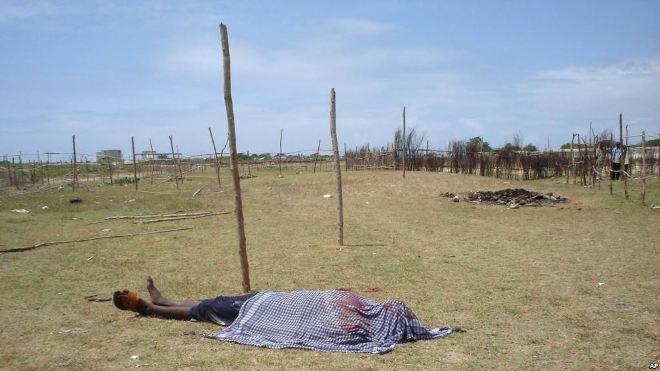 At least six people were killed and nine others injured when rival clan militias clashed in central Somalia, residents and community elders said on Saturday.

The militiamen belonging to the Air and Duduble sub-clans started fighting early Saturday morning in Labi-Aano village, 45 km east of Dhuusamareeb. The fight is over a dispute and clan vendetta.

“So far we know that six people died in the hostilities between the clans and more than nine others were injured,” Mohamed Ali Ilmi, the governor of the Galgudud region told VOA’s Somali Service by phone. “Still the area is too tense. There might be further clashes as war preparations are underway in nearby villages,” he said.

Hassan Ali Omar, an elder in the region, said the fighting was sparked by long-standing hostilities over land ownership and pasture.

“This fighting has repeated several times and it is over long-standing vendetta between the two sub-clans. We are sorry that it has resulted in deaths,” Omar said.