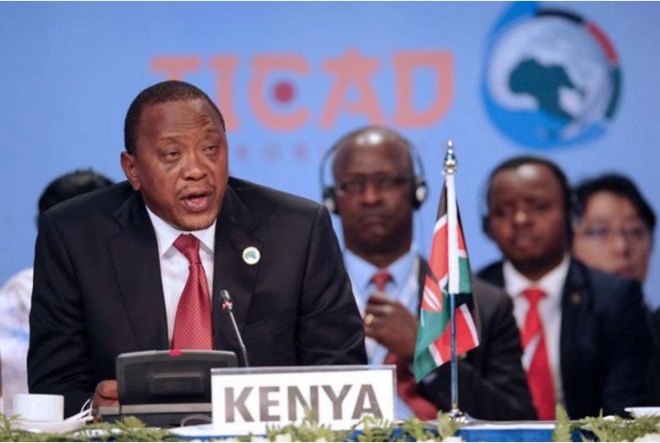 President Uhuru Kenyatta has insisted Kenyan troops will remain in Somalia to complete the “objective” of securing the country before returning home.

In a briefing with journalists in Nairobi on Tuesday night, the President who has left the country for London to attend a conference on Somalia, argued Kenyan troops will not leave Somalia until Somali’s can protect themselves.

“Amisom is a forum that neighbours entered to provide security. [Of course] Somalia should be defended and protected by the Somalis themselves, but you cannot exit without securing Somalia. That is an objective which we set ourselves to achieve,” he argued.

But Mogadishu still largely relies on Amisom for security against al-Shabaab. The mission, created in 2007, includes 3664 troops from Kenya. Other countries includes Uganda, Burundi, Djibouti and Ethiopia.

Amisom had indicated it would start a progressive withdrawal from Somalia ahead of 2020, as donors support the training and re-establishment of Somalia’s security agencies.

President Kenyatta argues, despite his opponents’ call to an earlier withdrawal of troops, that leaving Mogadishu without a proper security system will create room for the return of terrorists.

The President who left Nairobi on Wednesday morning is expected to meet with various other leaders within the UN and donor countries supporting Somalia’s rebuilding programme which targets 2020 as the year Somalis should have one-person-one-vote elections.

Kenya argues Somalia’s stability depends on rebuilding the country’s own security agencies such as the Somalia National Army, the police as well as ensuring the refugees return to build their country.

On Tuesday night, the President Somalia’s partners should do more to deal with a problem that now affects the region.

“We will see how we can engage with our partners to bring about stability and security to our neighbours.

“The conference is not about Somalia. It is about our region. It is therefore imperative that when there are issues regarding security in one country, we deal with them as a region.”

Organised by the British Government, the London Somalia Conference  seeks to “to accelerate progress on security sector reform, build on the international response to the ongoing drought and humanitarian crisis, and agree the new international partnership needed to keep Somalia on course for increased peace and prosperity by 2020,” according to a dispatch posted on the UK Foreign Office website.

In 2012 when London hosted the first such conference, donors pledged $77 million for security rebuilding and the EU later specifically promises $2.4 billion to rehabilitate Somalia’s economy.

More pledges are likely to come through on Thursday.