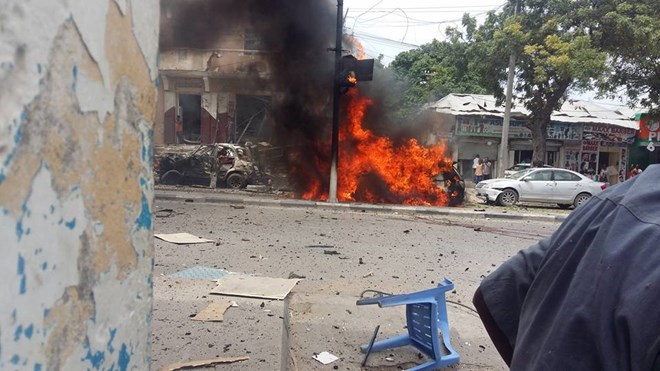 A car bomb blast near a police station in Somalia’s capital on Sunday killed at least five people and wounded at least 13 others, police said. The explosion shattered a month of relative calm in Mogadishu, often a target of the extremist group al-Shabab.

The blast near Waberi police station along the busy Maka Almukarramah road may have been a suicide bomber, Capt. Mohamed Hussein told The Associated Press.

The al-Qaida-linked al-Shabab often carries out deadly bombings in Mogadishu against high-profile targets such as hotels and checkpoints.

Most of the victims Sunday were civilians.

The exact target of the blast remained unclear. The blast occurred amid a traffic jam while soldiers were searching cars at a nearby intersection.

Somalia’s Prime Minister Hassan Ali Khaire said no such blast had occurred in the capital for a month.

At the blast scene, rescue workers and civilians carried bloodied bodies and injured victims to hospitals.