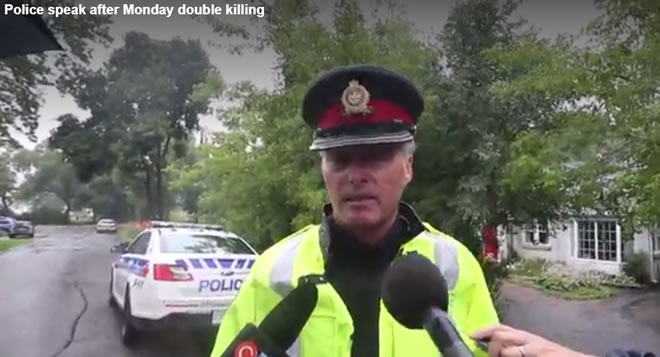 An Ottawa family appears to have been targeted in a string of west-end shootings that left two men dead and a third in serious condition in hospital.

Police are investigating the double killings of Abdulrahman Al-Shammari, 26, and Dirie Olol, and the wounding of  Talal Al-Shammari, 31, the Citizen has learned. The Al-Shammaris are related.

Chief Charles Bordeleau has said there is no threat to public safety.

Police were first alerted to what would prove to be a deadly day for the city just after 7 a.m. Monday, when Talal showed up at the Queensway-Carleton Hospital with multiple gunshot wounds. He had been shot in the neck, shoulder and hand. He remains in critical condition.

Police seized a vehicle that was at the hospital, then began searching the area around Frank Ryan Park for evidence related to the shooting. It’s not known what led them to identify that area as where Talal had been shot.

Less than two hours later, around 8:44 a.m., a man walking his dog found what he reported as an unconscious man on the driveway at 903 Tavistock Rd. Patrol officers responded to the residential area, in the same area where they were already searching for evidence in Talal’s shooting, and found Abdulrahman Al-Shammari, dead outside the front of the home. Abdulrahman had been shot once in the chest.

Police were alerted to the third victim after Abdulrahman’s white Mazda 3 was left running on Wayne Avenue East and Aylen Ave near the Sir John A. Macdonald Parkway. The man inside, Dirie Olol, was found dead from a gunshot wound to the forehead

Insp. John McGetrick said the body was found after a neighbour phoned police around 12:30 p.m. after seeing the car untouched for several hours. Its windshield wipers were still on as police peered inside Monday afternoon. 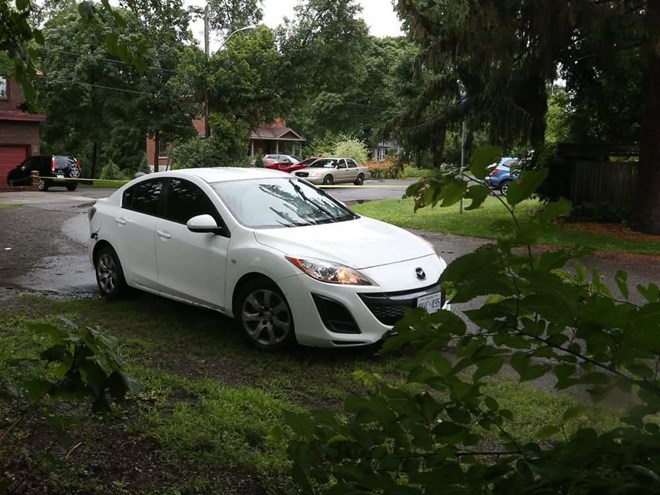 A dead man was found inside a white Mazda on Wayne Street in Ottawa. TONY CALDWELL

The veteran officer said the string of violence in one day shows the city is “not what it used to be.”

“We had a record number of homicides in the city last year, and I’m not going to say this is a trend, but the number of shootings in the city and a day like this is, quite frankly, horrific,” he said.

The victims are known to police, who continue to piece together what transpired in the early morning hours Monday that led to multiple shootings.

Bordeleau told reporters that the homicide detectives “are actively engaged in looking at any connections between the three incidents. Public safety is not a concern. We believe these three incidents were targeted, and our investigators are looking.”

Bordeleau also noted the rarity of the crimes. “Three shootings in one day in Ottawa is unusual. We believe these were targeted crimes, but certainly it is disconcerting for us.”

“The community will mourn with (grieving families), and our major crime officers will continue to investigate these crimes.”

Bordeleau said police are “looking at all possibilities with respect to any motives, any affiliation or any previous involvement with police.”

The killings are the city’s seventh and eighth homicides of the year.