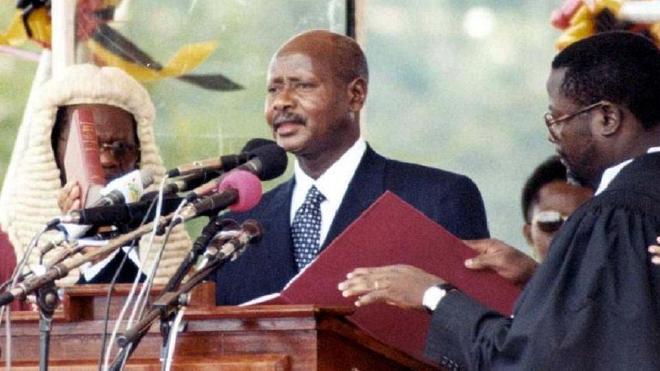 A Ugandan minister has said her boss, President Yoweri Museveni, in her view was more intelligent than all members of his cabinet combined.

“For the little time I have worked with the president, I find him, a very informed and tolerant leader. I sit in cabinet every Wednesday, but actually I think he is more intelligent than cabinet combined,” Beti Kamya is quoted by the Sunday Vision portal to have said.

From his position of greater intelligence, Kamya who is Minister for Kampala Capital City Authority, added: “Therefore, you can’t just do away with him.”

For the little time I have worked with the president, I find him, a very informed and tolerant leader. I sit in cabinet every Wednesday, but actually I think he is more intelligent than cabinet combined.

Her position comes in the wake of talk that the country presidential term limits are likely to be scrapped to allow the 73-year-old Kagame who has been president since 1986 to continue as president.

The government has strongly backed its plans to scrap presidential age limit for candidates despite strong opposition by political parties and civil society organisations.

The age limit for a candidate to stand for president is currently 75 Museveni, who is now 73, will be two years older than the limit by 2021 when the next presidential election is due. He won the last election in 2016, even though opposition have contested the results.

Uganda’s deputy attorney general, Mwesigwa Rukutana recently told Reuters that the change of age limit is under examination by cabinet as part of the planned changes to the constitution.

“If anybody has been serving very well and the population thinks he still has a lot to contribute he should not be precluded from doing so merely because he has clocked 75 … as long as people are voting, age of the candidate doesn’t matter,” he said