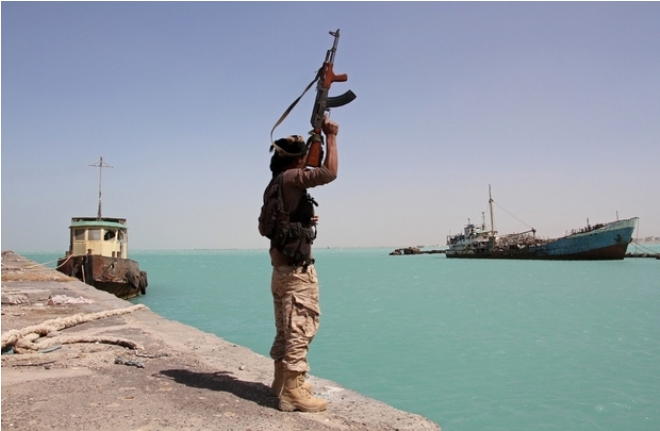 UN investigators are reported to have accused a Saudi Arabia-led military coalition of carrying out a deadly March attack on a Somali refugee boat off Yemen, saying the alliance had become a cover for some states to avoid individual blame.

The attack killed 42 people and injured 34 of the 140-plus people on board, the investigators wrote to the UN Security Council on Monday in a 185-page report seen by Reuters news agency on Wednesday.

“This civilian vessel was almost certainly attacked using a 7.62mm calibre weapon from an armed utility helicopter,” the report said.

“The Saudi Arabia-led coalition forces are the only parties to the conflict that have the capability to operate armed utility helicopters in the area.”
The document said the helicopter was likely to have been operating from a naval vessel.

The coalition battling the Houthi fighters in Yemen has denied striking the boat in the Red Sea near the port of Hodeidah.

Saudi Arabia and its allies, including Egypt, the UAE, Bahrain and Jordan, intervened in Yemen in 2015 in support of the internationally recognised government of President Abd-Rabbu Mansour Hadi.

The UN report said the attack violated international humanitarian law and threatened the peace, security and stability of Yemen.
It said two other alleged attacks on fishing vessels by helicopter or naval vessels in the Red Sea in March had killed 11 more people and injured eight.

It said the Saudi-led coalition, the governments of the UAE and Egypt and the Combined Maritime Forces had not responded to the investigators’ requests for information.

The coalition receives US arms and logistical support.

“Some individual member states of the Saudi Arabia-led coalition seek to hide behind ‘the entity’ of the coalition to shield themselves from state responsibility for violations committed by their forces,” the investigators said.

They did not identify the states by name.

“Attempts to divert responsibility in this manner from individual states to the Saudi Arabia-led coalition may contribute to further violations continuing with impunity,” they wrote.

Akshaya Kumar, deputy United Nations director for Human Rights Watch, told Al Jazeera that HRW were calling on countries to stop selling the Saudi-led coalition weapons that were being used in violation of the rules of war, and that the UN should set up an independent mechanism to investigate these abuses.

“The [UN] security council has its own duy to act – it’s received this information now,” said Kumar.

“The panel of experts were unequivocal about their view of responsibility here, and so we’ll have to see: will the council continue on its path of inaction or will they engage and publicly push the Saudi coalition to reform its practices and to hold those reponsible for this particular attack to account?”

UN-led peace talks have stalled. At the suggestion of Nikki Haley, the US ambassador, the Security Council is considering sending letters to the rival parties reminding them of their humanitarian obligations.

The letter has to be agreed by consensus and Egypt has objected to the draft, according to a senior Security Council diplomat.