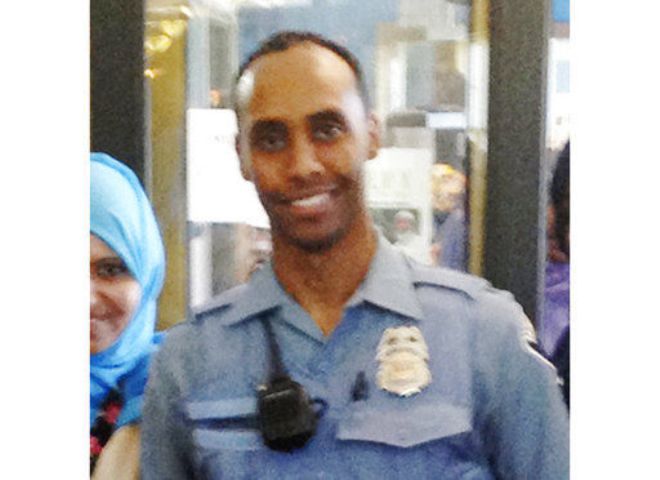 A woman approached the back of a Minneapolis police car and “slapped” it shortly before an Australian woman was shot and killed by an officer, according to a search warrant filed by the Minnesota Bureau of Criminal Apprehension.

The search warrant obtained by Minnesota Public Radio doesn’t specifically say that the woman was Justine Damond, but: “Upon police arrival, a female ‘slaps’ the back of the patrol squad … After that, it is unknown to BCA agents what exactly happened, but the female became deceased in the alley.”

News of the warrant came hours after personnel records for the officer who fatally shot Damond were publicly released Monday. The records provided some detail about the training courses the officer took but no insight into his performance on the job.

The records show Officer Mohamed Noor was hired as a cadet in March 2015. In September of that year, he received a letter saying he passed his Peace Officer Licensing Examination and was eligible to become a licensed, sworn officer.

The records also show Noor took multiple training courses, including recent in-service training about active shooter situations during the Super Bowl, which will be held in Minneapolis next year.

His file also says he passed all of his annual semi-automatic, handgun and shotgun qualifications, but there are no additional details about how he performed.

Noor is on paid leave after he killed Damond, a 40-year-old spiritual teacher who was engaged to be married, on July 15 after she called 911 twice to report a possible rape.

Noor, who was in the passenger seat of a squad car, shot across his partner in the driver’s seat and hit Damond. His partner told authorities that he was startled by a loud noise shortly before Damond appeared at the police vehicle.

The search warrant did not say whether the slap was the loud noise Noor’s partner described, MPR reported.

Noor was one of several Somali-Americans hired by the department in recent years as part of the city’s public effort to diversify so it better reflects the city.

Questions about police training were raised after details about the shooting were released. Last week, then-police Chief Janee Harteau criticized Noor’s actions but defended his training, saying: “This officer completed that training very well. He was very suited to be on the street.”
Harteau resigned Friday at the request of the mayor.