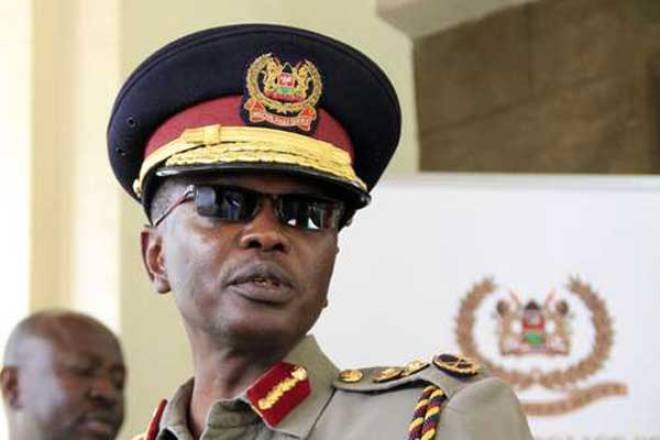 All staff of the electoral commission will get security, Inspector-General of Police Joseph Boinnet has announced.

This follows the murder of the commission’s elections technology manager Christopher Chege Msando.

Mr Msando’s naked body, which was found in a thicket in Nguriunditunarea in Kikuyu, Kiambu County, was identified on Monday at the City Mortuary, three days after he went missing.

“We shall also work with IEBC with a view to ensuring that all the commission employees are accorded the requisite security to enable them discharge their mandate,” Mr Boinnet said in a statement on Monday evening.

The police said detectives were following “certain crucial leads” that could lead to the arrest and prosecution of Mr Msando’s killers.

The IG welcomed information that may help in investigating the case but at the same time asked the public to refrain from speculating on the cause of the death until investigations are completed.

A special homicide team from the Directorate of Criminal Investigations has been assigned the case, according to the IG.

The team could be joined by America’s Federal Bureau of Investigation and Britain’s New Scotland Yard if the government accepts their offer to help.