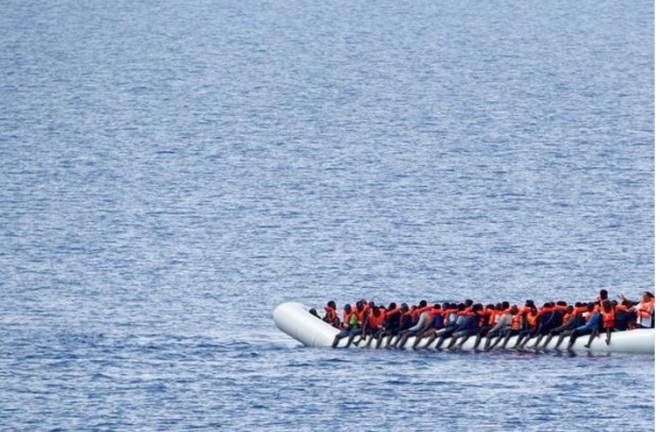 Migrants wait to be rescued by “Save the Children” NGO crew in the Mediterranean sea off Libya coast, June 18, 2017.

Eight migrants died in the Mediterranean and 375 were rescued from small boats on Tuesday, aid group Proactiva Open Arms said.

More than 2,200 people have lost their lives so far this year trying to make the crossing from North Africa to Europe while some 95,000 have been rescued and brought to Italy.

“We are here to avoid more drownings, today another eight dead and four dinghies adrift,” Proactiva founder Oscar Camps wrote on Twitter, adding there were 77 women and 52 minors among those rescued.

Non-governmental organisations now carry out around a third of all operations in the search-and-rescue zone north of Libya, according to Italy’s coastguard, which coordinates the rescues.

Italy fears the NGOs are facilitating people smuggling by hovering close to Libya, waiting for the migrant boats to cross into international waters where they can be picked up.

Looking to impose clear rules on the humanitarian groups, the Italian government has drawn up a code of conduct for their sea missions. Proactiva was one of only three NGOs to back the plan on Monday, with five groups refusing to sign the document