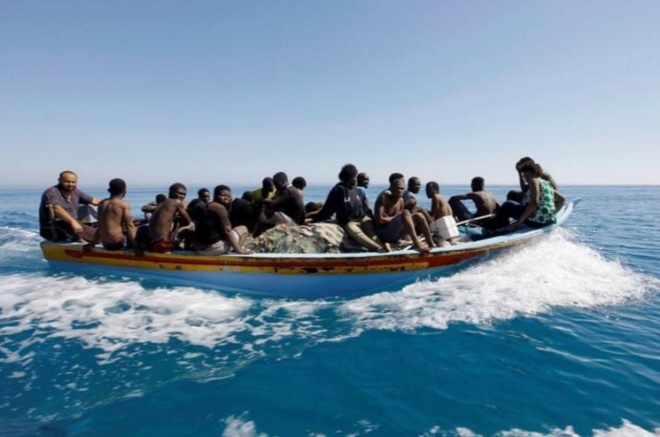 Italy’s parliament authorised on Wednesday a limited naval mission to help Libya’s coastguard curb migrant flows, which have become a source of growing political friction ahead of national elections expected early next year.

An Italian official said Rome planned to send two boats to Libyan waters, with Defence Minister Roberta Pinotti saying the vessels would only provide technical support and would not infringe on the north African country’s sovereignty.

Italy announced the operation last week, saying it had been requested by Libya’s U.N.-backed government. It initially hoped to send six ships into Libyan territorial waters, but the plans had to be scaled back following protests from Tripoli.

“(We will) provide logistical, technical and operational support for Libyan naval vessels, helping them and supporting them in shared and coordinated actions,” Pinotti told parliament on Tuesday ahead of Wednesday’s vote.

The lower house voted by 328 to 113 in favour of the mission. The upper house was also expected to back the measure when it votes later in the day.

After a surge in migrant arrivals on boats from Libya at the start of the year the numbers of newcomers has slowed in recent weeks and the Interior Ministry said on Wednesday that 95,215 people had reached Italy so far this year, down 2.7 percent on the same period in 2016.

Some 2,230 migrants, most of them Africans fleeing poverty and violence back home, have died so far this year trying to make the sea crossing.

The total number of migrants who have arrived in Italy over the past four years is some 600,000, putting Italy’s network of reception centres under huge strain and causing increasing political tensions.

Italy is due to hold national elections by next May, with voting widely expected in early 2018, and the migrant issue is expected to top the political agenda. Rightist parties accuse the centre-left government of doing nothing to halt the influx.

“The (migrant boats) will not be being pushed back to the Libyan shore so we don’t understand what we are going to be doing there,” Giancarlo Giorgetti, deputy head of the opposition Northern League party, told reporters in parliament.

Italy hopes the Libyan coastguard can help prevent flimsy migrant boats from putting to sea and has been at the forefront of efforts to make the small force more effective, training its members and upgrading its fleet.

Rome has also put pressure on non-governmental organisations which have playing an increasingly important role in picking up migrants off the Libyan coast and bringing them to Italy.

The government has introduced a code of conduct for the NGOs and has demanded that armed police travel on their boats to help root out eventual people smugglers. Only three out of eight humanitarian groups operating in the southern Mediterranean agreed this week to the Italian terms.

Italy did not spell out the consequences for those that did not sign up, but on Wednesday, the Italian coastguard halted at sea a boat operated by German NGO Jugend Rettet, which had said ‘No’. The vessel was searched and then escorted to port, while the crew ID’s were checked.