Hamdok, whose nomination was announced Thursday night, is expected to be appointed prime minister by Sudan’s sovereign council, which is expected to be sworn in Monday.
Hamdok has served as deputy executive secretary of the U.N. Economic Commission for Africa since 2011. For decades, he worked as a senior policy analyst and economist on governance issues, public sector reforms and regional integration.

From 2003 to 2008, Hamdok worked at the International Institute for Democracy and Electoral Assistance as regional director for Africa and the Middle East.

Some Sudanese said that while they thought Hamdok was the right person for the job, he faces many challenges.

Khartoum-based economist Abdallah Ramadi said given his credentials, Hamdok was the right choice to lead Sudan for a transitional period that is to last a little more than three years.

“Prices shot up in Sudan not for economic reasons but because of mismanagement of the economy, because of exaggerated government spending on politics and politicians, which led to high inflation,” Ramadi told VOA.

Sudanese journalist Shuhdi Nadir called the choice of Hamdok a blessing for Sudan but warned that efforts to lift Sudan out of its economic crisis wouldn’t be easy.

“For the past 30 years Sudan has been spending much of its budget on war. Corruption has been spreading within government institutions. There is a lot that needs to be done to reform the civil service,” Nadir told South Sudan in Focus.

If Hamdok can restore peace in the conflict-affected regions of Darfur, South Kordofan and the Blue Nile area, Nadir said, he will have a good chance at achieving significant economic change in Sudan.

Hamdok holds master of arts and doctoral degrees from the School of Economic Studies-University of Manchester, United Kingdom, and a bachelor of science degree from the University of Khartoum. Duale on the spot for distributing expired food 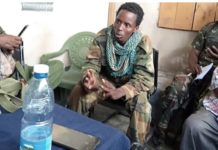 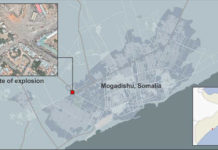