Burundi’s forgetful 2019 CECAFA Senior Challenge hit another low on Friday as they lost 1-0 to Somalia, completing a wretched run of four defeats in as many matches at the KCCA Lugogo Stadium in Kampala, Uganda.

Omar Abdulahi Mohammed was on target for Somalia who thus kept alive their hopes of qualifying from Group A to seal a semi-final slot at the regional tournament.

Burundi had previously lost to Eritrea, Uganda and Djibouti, and were hoping to at least get a point as a consolation with their elimination confirmed before Friday’s fixture.

Earlier on in the same stadium, Eritrea beat neighbours Djibouti 3-0, to inch closer to qualifying for the semifinals. The Haile Efraim coached side will only need a draw in their Sunday match against Somalia to seal the last four berth.
It is not mathematically done for Djibouti, but will have to beat hosts Uganda on Sunday and hope Eritrea loses to Somalia, as the hunt for the last Group A semifinal ticket continues.
Somalia were impressive in knocking the ball around from the start, but were characteristically pathetic in finishing at least from the early spell opportunities created.

Issa Nsabimana shot slightly over the bar, the fisrt of Burundi’s attempt in the 10th minute.
Hassan Abdinur Gesey’s shot was deflected for a corner, just after missing again from a close range.

Said Aweys Ali had to tip the ball out for a corner to keep Somalia in the game, denying Raoul Vyamungo who has found space in the centre after dislodging Omar Sharif Kale.

Five minutes to the break, Abdulahi Mohammed unloked Burundi, making an aerial 180 degrees turn to connect powerfully past Onesime Rukondo.
Only a minute into the second half and Abdulahi Mohammed was crying for a penalty after being fouled in Burundi’s box, but the referee was gracious with the Olivier Niyungeko coached side.

Burundi showed some sense of rejuvenation in the second quarter of the second stanza, pressing Somalia into their own half but were too blunt to unlock them.

Somehow, Burundi had learnt how to draw the their opponents from their preffered short passes style, by flying long balls across the pitch which paid off, in reducing pressure they had endured in the first half.

Their fate was sealed when substitute Landry Ndikumana was shown a red card for a second bookable offence, with three minutes on the clock to smother their efforts completely 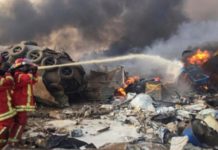 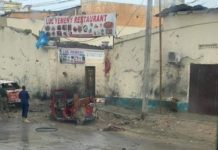 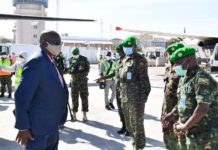 AU Mission in Somalia has a new Force Commander