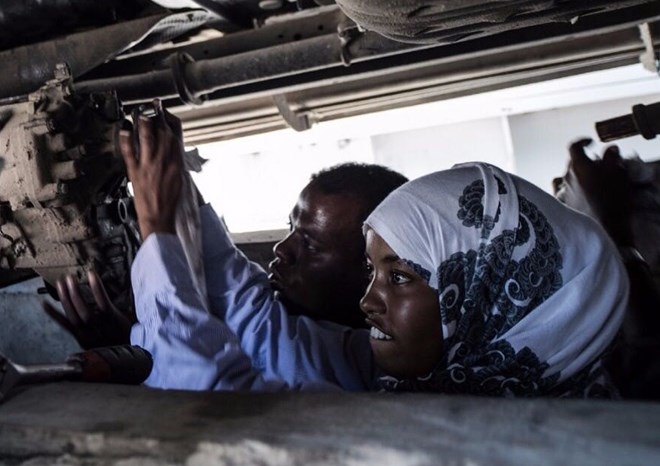 Society has put some constraints on individuals with regard to what men or women can do and that has prevented a lot of people from attaining their set goals in life for fear of being judged or ridiculed. Others also defied societal norms and restrictions to be the ‘firsts’ in their fields like Nasra Haji Hussein, an ambitious young lady who defied the odds to become Somalia’s first female car mechanic.

Hussein did not care that she would have to get her hands dirty wearing her hijab and fixing cars because she needed to make ends meet and there were no ready jobs for graduates at the time. Her family was depending on her and when she saw an opportunity to earn a decent living working as a mechanic, she grabbed it.

Somewhere in 2015, a 16-year-old Hussein went job hunting in Mogadishu. It took about ten days to make that trip to the capital to live with a relative. Many young individuals in developing countries always migrate to the capital where many feel their dreams will certainly come true. Meanwhile, just a short while into their stay, reality hits home as it did for Hussein.

Hungry for that opportunity that will alter the cause of her life, she spent many months job hunting not knowing her ‘breakthrough’ was not so far from her new home at the mechanic’s service garage.

She took a chance on herself to venture into a male-dominated profession by seeking an opportunity to be an apprentice at the mechanics and things went in her favor. 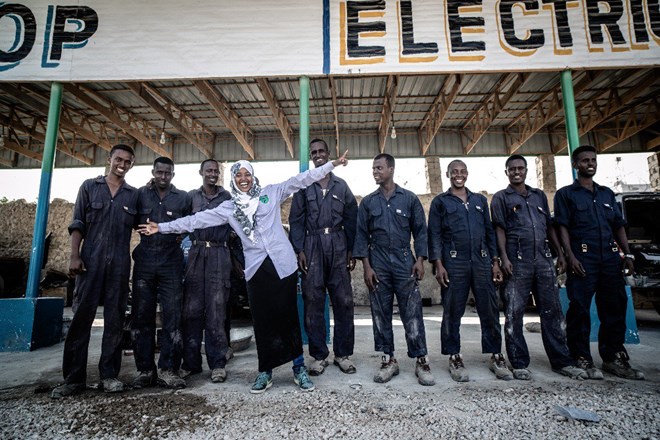 Although the Hiran native did not leave her parents home about 300 kilometers from Somalia’s capital with the intention of being a mechanic, she still went for it and was met with taunts and discouraging words from society.

Hussein did not let that hold her back and even though customers were hesitant to trust her with their vehicles, she was able to slowly build a customer base and got a steady stream of income in a country where the rate of unemployment is high.

Somali youth are struggling to find their feet in a country riddled with economic and security challenges even as the country rebuilds itself. Getting a decent education and then a job after is a herculean task for so many Somali youths.

Hussein the mechanic has a new skill to the extent that she can fix different types of cars which is an added advantage regardless of the mockery and confinements that came with venturing into the new field of work.

“I repair different types of cars, luxury cars, bulletproof cars and pickups. Sometimes I service trucks when they are brought to the garage,” Hussein said.

Looking for a faster way to get a message across to the youth? Then social media is your answer. That is exactly what Hussein did; she shared her experience with others on social media and encouraged them to grab whatever opportunity comes their way. Her family’s support also made her feel at ease and continue to thrive in her newfound profession.

“When I came to the city I wasn’t encouraged, no one offered me a job, so I decided to become a mechanic to help my family. When I got paid and sent money to my parents, my father asked me where I got the money from, and I told him that I am a mechanic. He encouraged me to work harder,” she wrote.

Hussein did not let gender stereotypes keep her unemployed which would have only stifled her newly acquired skill, prevented her from fending for herself and her family as well. She saw the silver lining in her predicament and went for it like we should all do at a point in time of our lives. 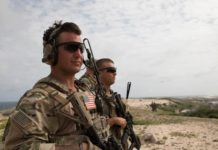 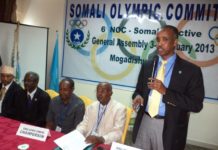 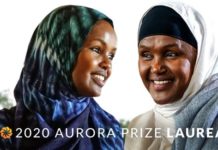