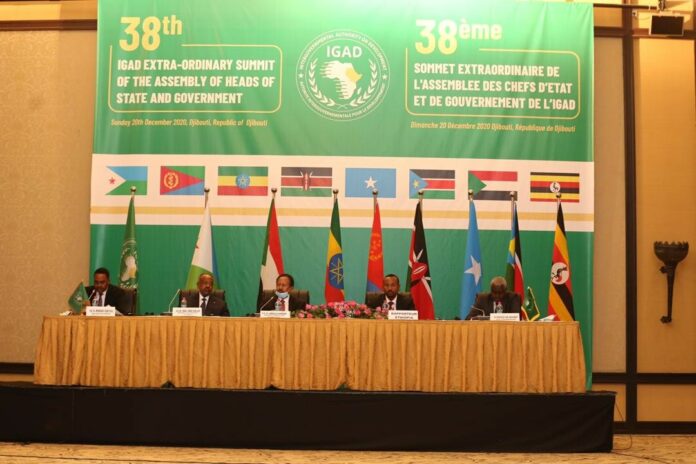 DJIBOUTI (HMC) – The African Union has called for the cessation of a diplomatic row between Kenya and Somalia urging leaders of the two countries to dialogue.

AU Commission chairman Moussa Faki told a gathering of the IGAD heads of states and governments summit Sunday the Horn of Africa region was facing instability.

“The recent tensions between Somalia and Kenya, two neighbouring countries, which led to the breakdown of diplomatic relations, remain a serious concern for the African Union,” Faki said during his opening remarks.

“I would, therefore, like to call on the two parties to open dialogue with a view to the resumption of these relations,  and ask IGAD to strongly encourage them in this regard.”

His remarks came in the wake of collapsing relations between Kenya and Somalia with the latter pointing fingers at Nairobi for ‘blatant interference’.

Presidents Kenyatta and Farmaajo held a closed-door meeting in the company of Prime Minister Abiy Ahmed (Ethiopia) and Djibouti president Omar Gelleh ahead of the summit Sunday.

The two countries have had faltering diplomatic relations in the last four years with a new round last month following accusations by Mogadishu over what it termed as Nairobi’s interference in its internal affairs.