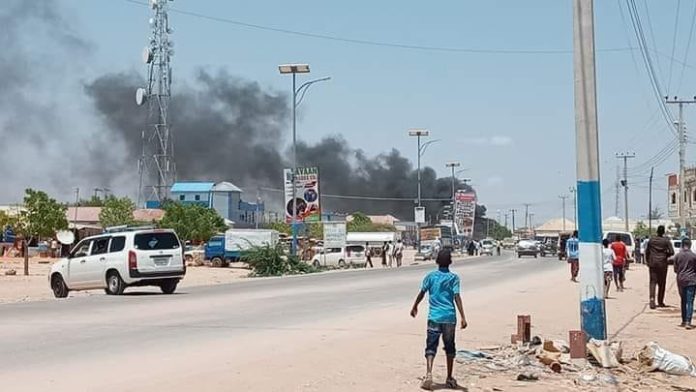 District commissioner Abdirahman Sheikh Hassan survived the attack but was injured, sources said. Several other people who were within and near the facility were also injured.

The mine is suspected to have been planted at the gate of the district premises and went off as business of the day started.

It was not immediately clear who carried out the attack but the militant group Al-Shabaab has conducted such attacks in the past.