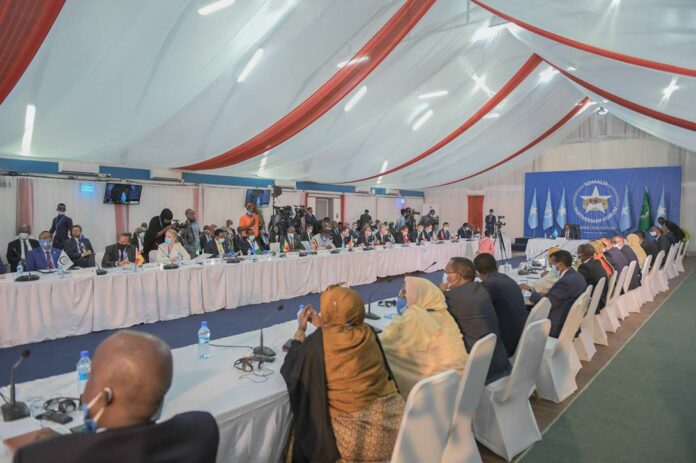 Mogadishu, 8 December 2020 – The Federal Government of Somalia and its international partners today gathered in the capital for a one-day, high-level meeting dedicated to taking stock of the progress made by the country in various areas, as well as agree on priorities ahead of it.

Like last year, the Somalia Partnership Forum (SPF) was held in Mogadishu, and the topics covered included the country’s elections, the fight against Al-Shabaab and security transition planned for 2021, economic development and more. 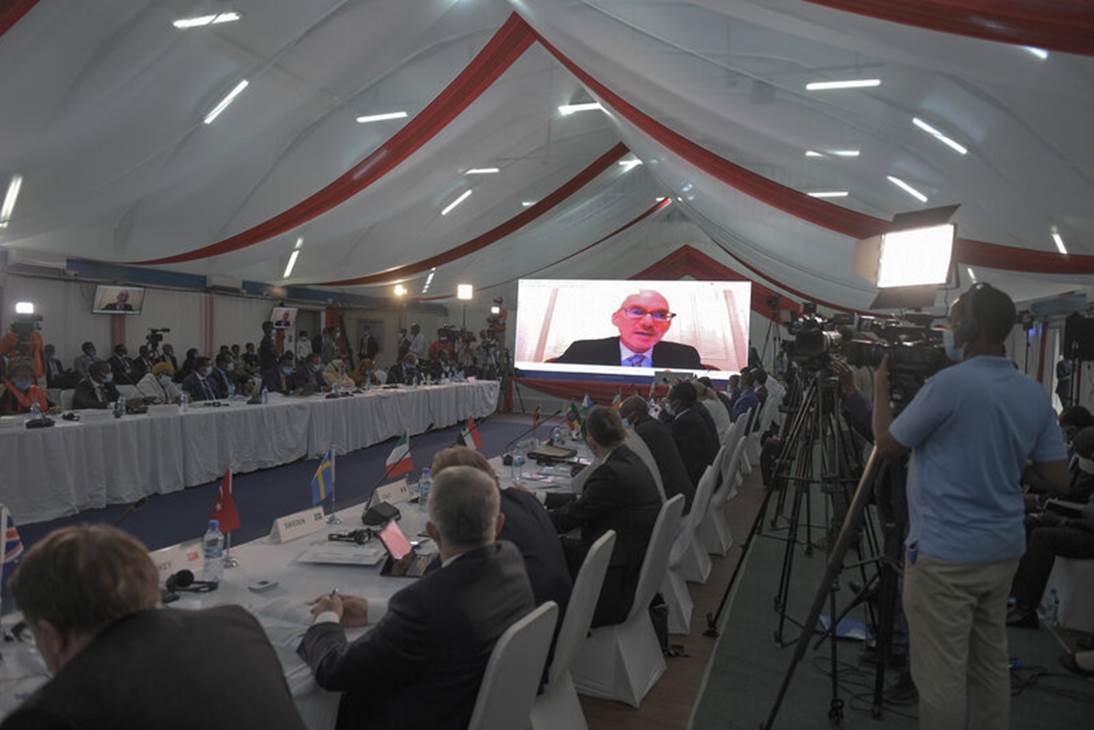 Somalia’s elections figured prominently in the remarks of Somalia’s Prime Minister Mohamed H. Roble, who also chaired the SPF, which drew representatives from the country’s Federal Member States as well as international partners.

Referring to the decision not to proceed with ‘one person, one vote’ elections for the current electoral cycle, the Prime Minister said that particular model of voting was an aspiration of all Somalis and he pledged early preparations for them in the next cycle, involving dialogue with Federal Member States.

“The Federal Government of Somalia has already embarked on a process to draft a roadmap for universal suffrage elections to take place in 2024/2025. The process will require engagement with a range of key stakeholders including our Federal Member States, civil society, political parties, to ensure inclusive and credible elections in the future,” the Prime Minister said.

In his remarks to the SPF, delivered via video link, the United Nations Secretary-General’s Special Representative for Somalia, James Swan, called for dialogue to solve Somalia’s challenges with the current elections, and highlighted the need for a practical roadmap with clear benchmarks that would lead to ‘one person, one vote’ elections in the next electoral cycle.

The UN envoy pointed to the consensus that was reached among the Federal Government and the Federal Member States, which led to the agreement on the current indirect elections, as evidence of what could be achieved through consensus-building and dialogue among leaders.

He also spoke of the need for progress with the country’s constitutional review process during the current parliamentary sitting in order to avoid delays.

“We believe it is very important that the progress achieved on the non-contentious issues be secured prior to the end of this parliament, so that it is not necessary to start over again. This too will require a dialogue between federal leadership and the Federal Member States. We hope that it can proceed quickly. It will also be important to include women, civil society organisations and other groups that have in the past been excluded. But constitutional reform remains a critical priority that we would like to see more progress,” the UN envoy said.

At the end of the SPF, a communiqué was issued which stated that “continued inclusive dialogue to build on the consensus-based agreement is necessary to ensure the timely implementation of credible and acceptable elections in order to preserve the Somali tradition of a peaceful transfer of power.” 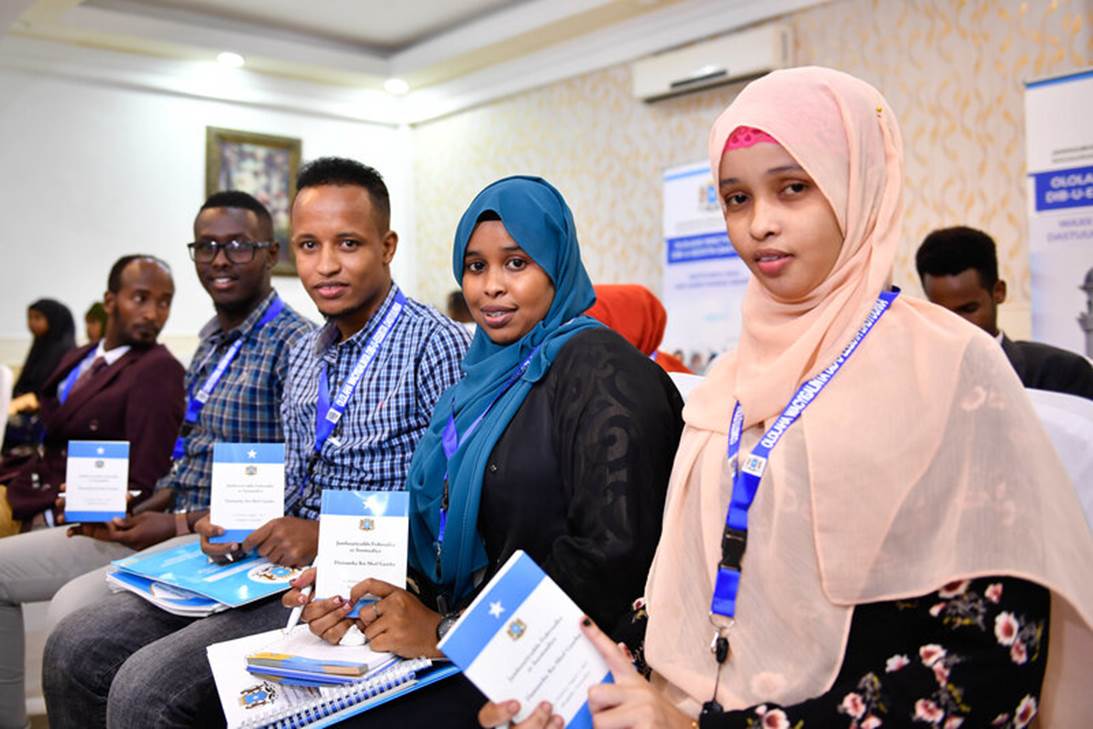 It also stated that Somalia committed to approve non-contentious changes to the Provision Constitution before the end of the current political cycle. In the communiqué, international partners agreed to support Somalia on this and other commitments, such as the continuation of the national reconciliation process with the representation of all sections of Somali society, particularly women.

The international partners also agreed to continue supporting the transition involving Somalia taking over lead responsibility for the country’s security from peacekeeping forces of the African Union Mission in Somalia (AMISOM), including the reconfiguration of AMISOM in order to better counter Al-Shabaab and accelerate the transition.

Regarding Somalia’s economic development, the communiqué noted that the country had made significant progress on economic development, notably the historic achievement of reaching ‘Decision Point’ under the Heavily Indebted Poor Countries (HIPC) Initiative in March this year. It pointed to more effort in this area.

“With international support, Somalia remains committed to implementing key financial and economic reforms, increasing transparency and accountability, including the transfer of funds from the Federal Government to the Member States, seeking membership of the World Trade Organisation, promoting equitable inclusive economic growth, and seeking enhanced regional economic integration as a means to greater prosperity,” it stated.

International partners agreed to support Somalia in the development of national approach on the impact of climate change on human security, public policy, prioritizing youth empowerment and employment generation, building resilience through social protection, strengthening the government’s ability to deliver services to the population, addressing the harmful effects of COVID-19 and enhancing government legitimacy. 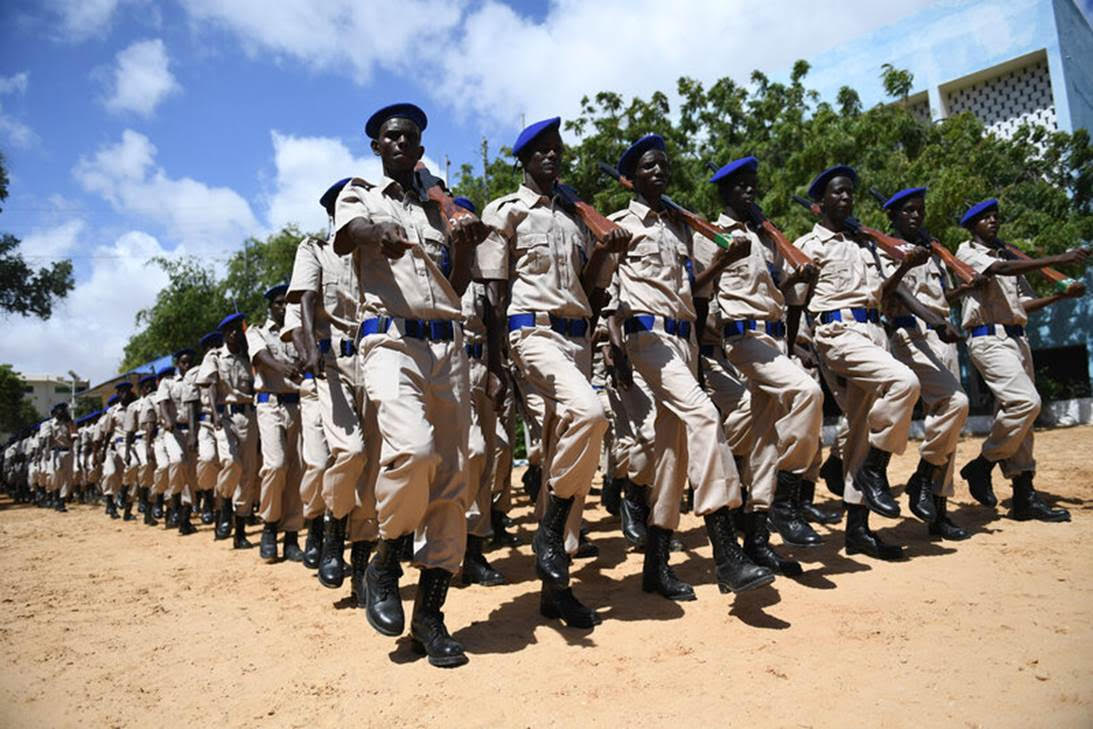