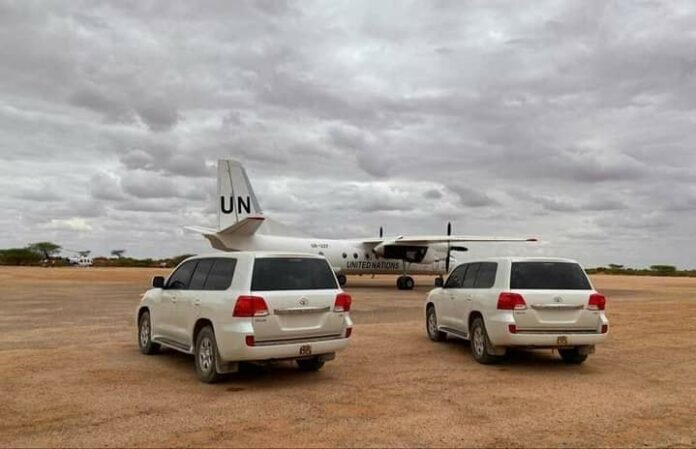 Mogadishu, 18 December 2020 – The United Nations in Somalia condemns in the strongest terms the attack today at Galkaayo’s stadium, which reportedly killed and injured many people who had gathered ahead of a visit by the country’s prime minister.

“This reprehensible act is an attack against all the people and leaders of North and South Galkaayo who have worked so hard to keep the peace there in recent years,” said the UN Secretary-General’s Special Representative for Somalia, James Swan.

“We applaud the people of Galkaayo for standing firm in the face of such an outrage and believe that such heinous violence will not deter them, nor their fellow Somalis, from continuing on their path of peace, reconciliation and stability,” he added.

According to reports, hundreds of people had gathered at the Abdullahi Isse Stadium in the city of Galkaayo, located in north-central Somalia’s Mudug region, ahead of a planned appearance there by Prime Minister Mohamed Hussein Roble. Senior security officials are among the casualties.

The United Nations pays tribute to Somalia’s security officials who tirelessly work for the safety and security of all Somalis, and calls for those responsible to be brought to justice.

The United Nations extends its condolences to the families of the victims, and wishes a speedy recovery for the injured.