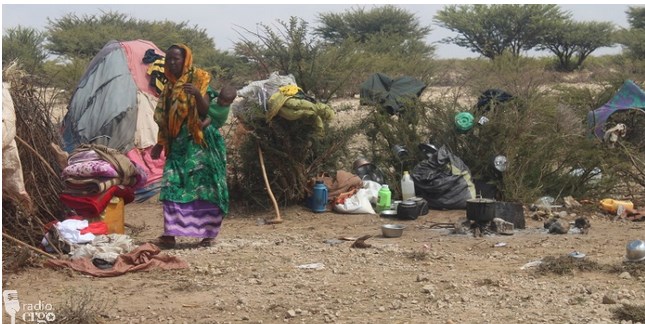 Deteriorating drought in Somalia and south east Ethiopia; the driest conditions seen for this season in forty years in some regions, has led to the worsening of a humanitarian crisis, recent assessments by the International Rescue Committee (IRC) have found.

More people are going hungry as food and water prices rise, community members are selling their property at lower prices and even being forced to leave their homes, more livestock is dying due to reduced pasture, and more children are dropping out of school. Somalia and Ethiopia both feature on IRC’s Emergency Watchlist 2022 as two of 20 countries most at risk of a deteriorating humanitarian crisis this year.

As the situation continues to deteriorate amidst the spike in COVID-19 Omicron cases in East Africa, despite a weak health system, the IRC urges the international community to support communities in Somalia and Ethiopia by providing food, water and cash assistance urgently.

Kurt Tjossem, Regional Vice President for East Africa at IRC, says, “Water resources are increasingly being strained as a result of the drought conditions. Women and girls are walking long distances to fetch water and this often puts them at risk of violence.

Malnutrition cases doubled in some parts of Ethiopia’s Oromia region during this drought season and diarrheal cases amongst children under the age of five are being reported.

Data shows over 3 million people in Somalia are affected by the historic continued drought, with nearly 170,000 displaced in search of food, water and pasture. We have launched a response in Ethiopia’s Somali region, but more funds are needed for further scale up in other areas. ”

“Farmers have started experiencing loss of livestock due to disease and reduced pastures, straining income, food security and the capacity of households to survive the shock of the drought.

In Ethiopia’s Oromia region, 11 schools have been closed so far. Market prices for basic food commodities have started rising and some households are now unable to meet their food needs.

As people are forced to migrate from their communities in search of food and pasture for feeding their animals, the risk of conflict for resources increases.”

“Both Somalia and Ethiopia are facing deep funding constraints amidst an unprecedented humanitarian crisis in the region.

It is imperative that we are able to continue to respond to the situation by providing emergency cash assistance, food, water and sanitation facilities as well as hygiene promotion to combat major health concerns.

With more funding, IRC can continue programming to support those most in need in the region as the drought worsens.”