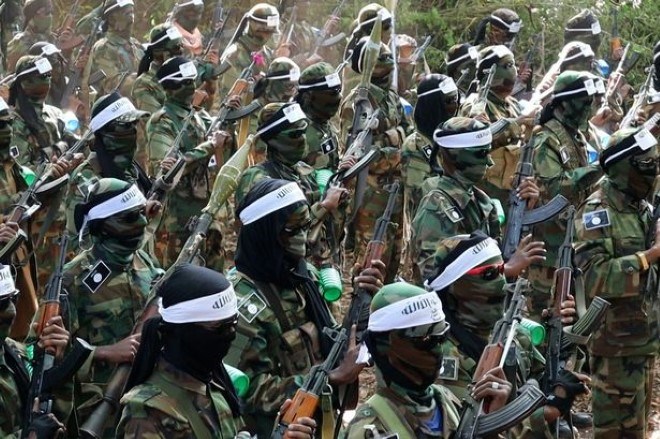 Some TV fans have claimed that the segment has misrepresented the image of Somalia by falsely stating that one third of the country is under the control of Al- Shabaab. Screen Grab

Channel 4 news has been hit with over 100 complaints from telly fans over Jamal Osman’s ‘Inside Al- Shabaab’ feature. Some viewers were dissatisfied with the broadcast and claimed it promoted terrorism and glorified terrorists.

Channel 4 News has been hit with over 100 Ofcom complaints over Jamal Osman’s ‘InsideAl- Shabaab’ segment.

A PetitionTo pull the segment that aired June 15, it has received over 100 signatures of ‘horrified” fans, claiming the broadcast was not only damaging to Somalia’s image, but also hurting the lives of people who suffered from the terrorist acts Al-Shabaab.

The extremist group has been fighting an insurgency in Somalia for more than 15 years.

In 2002, the group was founded and by 2008 they controlled most of southern Somalia. They pledged allegiance soon to Al Qaeda and began attacking at home and abroad.

In the years that have followed, the group’s attacks have become routine with them often killing dozens of civilians a month, as they battle the African Union troops there to try and keep them at bay.

They are consolidating control over their territory with the goal to take over the entire country and enforce strict Sharia law.

Osman’s segment was released and viewers have expressed outrage at Osman’s portrayal of Somalia. Osman falsely stated that Al- Shabaab has one-third of Somalia.

The petition to remove this segment from Channel 4 News states that: “The Al Shabaab is a world recognised terrorist organisation, who in the past decade have carried out multiple suicide bombings and terrorist attacks that have took the lives of thousands of Somalis. They have also carried out multiple assassinations on many public figures and leaders who have opposed their actions.

“Osman’s segment misrepresents Somalia’s image by falsely claiming that one-third of Somalia is under the control Al- Shabaab terrorist organisation.”

It also claims: “Osman has promoted Al-Shabaab’s agenda by painting them in a positive light. Osman attempted to portray Al Shababab as heroes, saviors, and a humanitarian organization that helps those in need during droughts and famines. Osman praises their military training, and he admires their leadership.

“On one of his segments, he visits a barber shop where he interviews the owner, a man named Abdirahman, who moved to Jilib – an Al-Shabaab controlled territory. During the interview, he includes clips of Abdirahman listing all the ‘positive’ aspects of living under the control of Al-Shabaab, one of them being that he was able to overcome his drug addiction due to their banning of drugs.”

Further evidence is provided in the petition that Osman seems to have expressed appreciation for the terrorist organization.

“He expresses admiration for Al-Shabaab by claiming they are opening dozens of schools and ‘educating the future generations’ by teaching them subjects such as math, computer science and English. He states they are encouraging ‘women to work, girls to go to school and that they don’t force women to cover their faces.’

“In another one of his segments, he praises Al-Shabaab for building a hospital stating it is because they are ‘worried about the health and safety of the community.

“These segments are glamorising Al-Shabaab and promoting terrorist ideologies to younger audiences. With your help, we would like to put an end to this false depiction of the impact Al-Shabaab has had on Somalia.”

Others have also praised Osman’s segment, suggesting that Osman has helped to illuminate a crucial topic.

“Excellent reporting, thank you. All this is very important to watch,”One user shared this tweet.

“This is such a birds-eye look into a really tough situation for those living in Somalia and surrounding areas,”Add another. 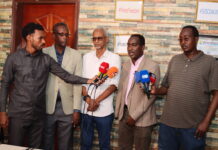 Journalists’ unions, media organisations condemn latest violations against media freedom and journalists in Somalia, including the restrictions, threats and censorship