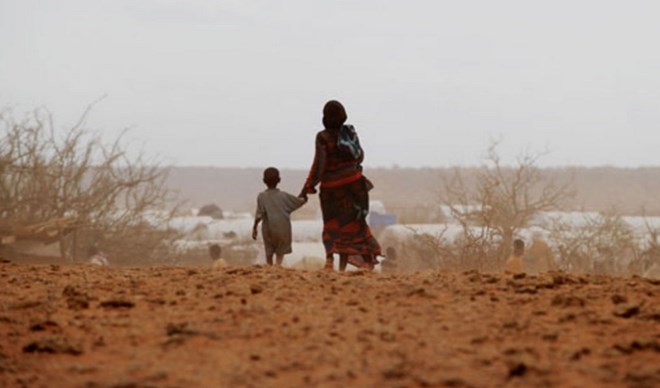 Mogadishu, June 12 (Prensa Latina ) The President of Somalia, Hassan Sheikh Mohamud, has requested the support of patriotic businessmen residing in Kenya to combat a drought that could affect half of the country’s population, official sources said today.

Mohamud met with several businessmen who attended his official inauguration last Thursday and talked with them about the difficult situation the country is going through in the Horn of Africa, particularly the frequent lack of rainfall that is already affecting seven out of about 16 million Somalis.

According to a statement issued by the Somali Federal Presidency, the President urged them to enhance their role in promoting investments and in implementing the recently announced National Job Creation Program.

At the same time, he thanked them for their efforts in strengthening the government.

Many guests at the official inauguration held public or private meetings with the head of state, who actually held the position from 2007 to 2012.

The announcement comes a day after Mohamud met with leaders of Galmudug, Southwest, Puntland and Jubbaland states and the Banadir Regional Administration through the National Consultative Council.

The president has promoted such a structure in his past government practice against thawing the difficult relationship that his predecessor, Mohamed Abdullahi “Farmajo” maintained for nearly his entire tenure from 2017 to 2022.

The president will rely on the council to advance his administration’s agenda, including coordinating the humanitarian response to the devastating drought.

Last week, the governor visited Galmudug and Southwest states on his first trip from the capital, Mogadishu, after being elected in three rounds by the federal parliament.

The new president officially took office on May 23. In his first speech, he expressed his commitment to work for the people and for the interests of the people in order to achieve progress and prosperity.

Somalia has been in a state of instability since allied militias defeated the now-deceased President Mohamed Siad Barre in 1991.