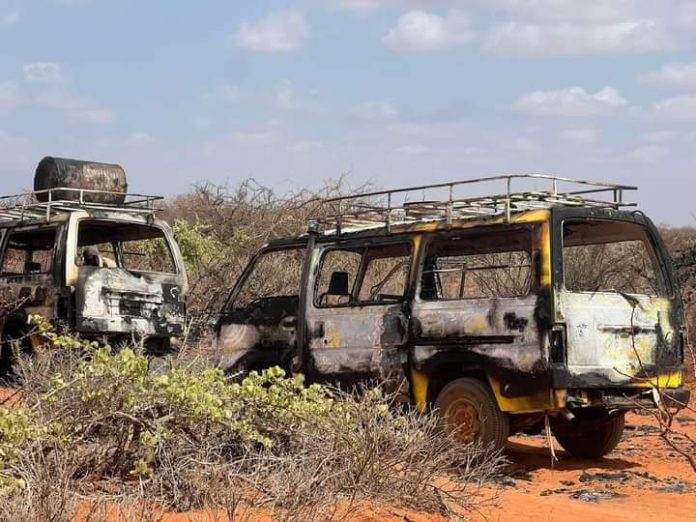 The Islamist group launched the attack in the Hiran area in the semi-autonomous state of Hirshabelle in central Somalia. The trucks were transporting food supplies from Baladweyne city to Mahas town, residents said.

State news agency Sonna reported that al Shabaab fighters had burnt trucks carrying relief food to Mahas and “killed most of the people on board the vehicles.”

The al Qaeda-linked Islamist group has been battling Somalia’s central government for more than a decade. It wants to establish its own rule based on a strict interpretation of Islamic sharia law.

The group frequently launches bombings, gun assaults and other attacks on both military and civilian targets.

Last month more than 20 people were killed in an attack in which al Shabaab fighters stormed the Hayat Hotel in Mogadishu, triggering a 30-hour battle as government troops sought to end the siege and free hostages.

Aden said armed residents had chased the insurgents from the area last week but said the government had not sent troops to help prevent the fighters from returning.

“Al Shabaab is doing all these things in order to make us surrender. But we shall never surrender to al Shabaab as long as there is soul in us. Government forces have not reached the scene yet,” Aden said.