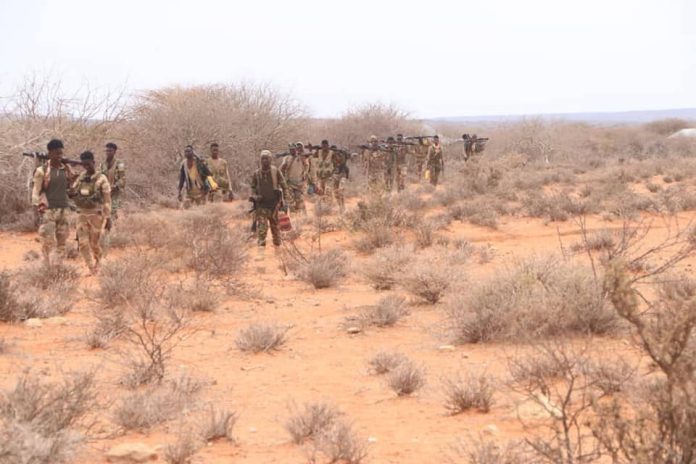 The Gor Gor commando force of the National Army with the help of the local liberation army has carried out a planned operation in the mountainous region of Hiran region.

The operation specifically took place in Daarow mountain where Al-Shabaab had a large base.

Gor Gor commandos killed nearly six members of Al-Shabaab in the operation, according to a report from the commander who led the operation and reported to the Voice of the Army Radio.

Also, the officers who led the operation said that the army freed four buffaloes from the shabaab and kidnapped them.